Stonetown is a UNESCO World Heritage site, an old town of narrow streets and alleys, going back centuries, with African, European, and Arab influences. 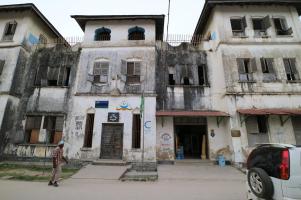 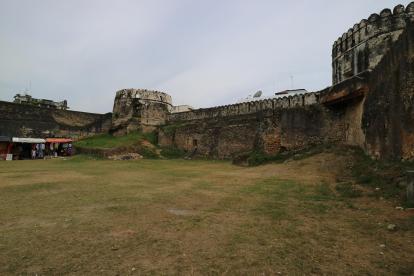 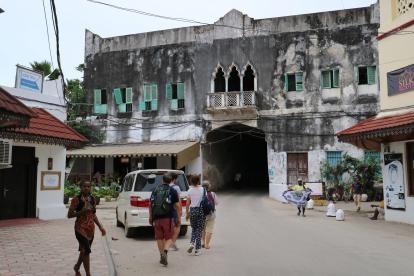 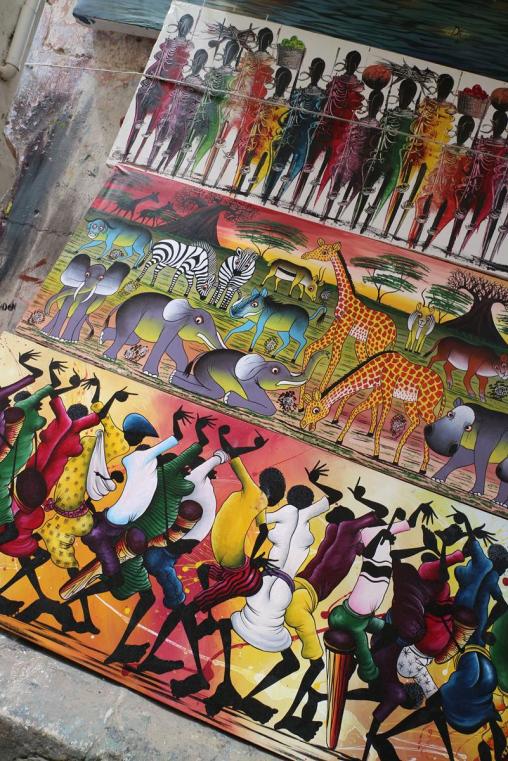 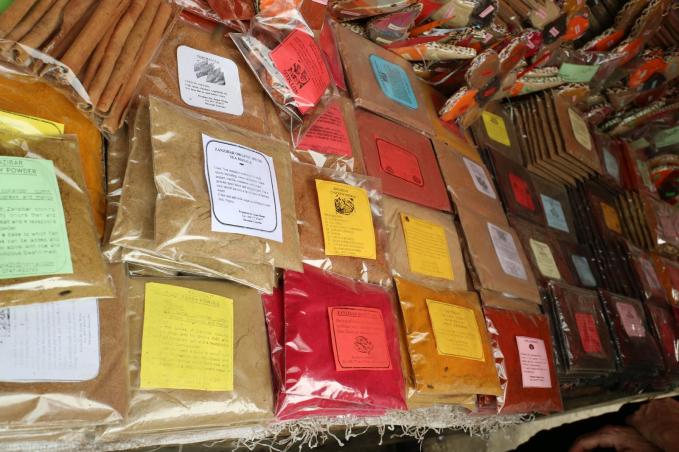 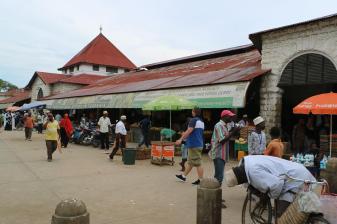 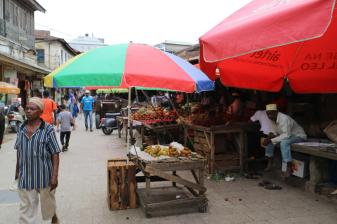 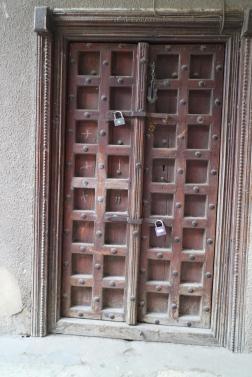 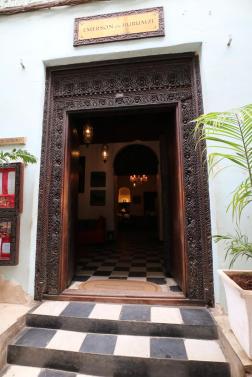 In a recent season of The Amazing Race, contestants had to run around Stonetown to find a number of these historic carved doors.

Stonetown was the terminal point for the slave trade on the east coast of Africa. Slaves from the interior were brought here to be sold to middle eastern buyers who took them to Arabia and points east. 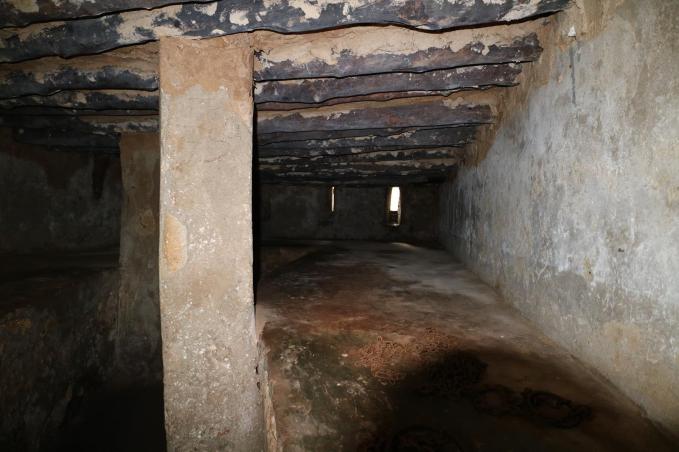 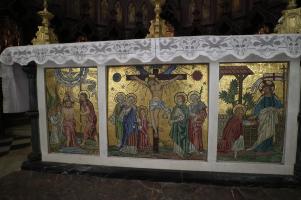 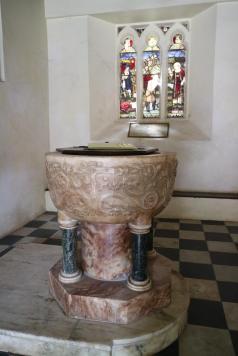 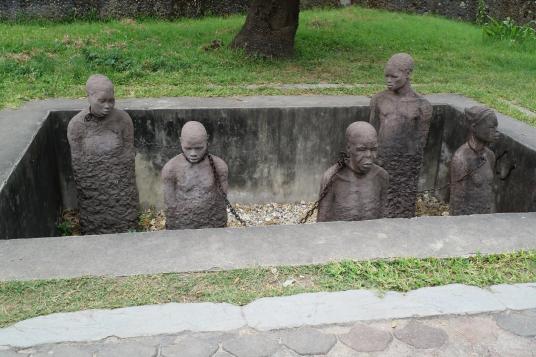 You can see the cramped cells where slaves were kept – one cell for men, one for women.
The Christian missionaries who came after bought the market and erected a church over top of where the slave auctions were held. The circular spot in the marble marks the post in the middle of the auction block. The memorial statues show how the slaves were chained together… 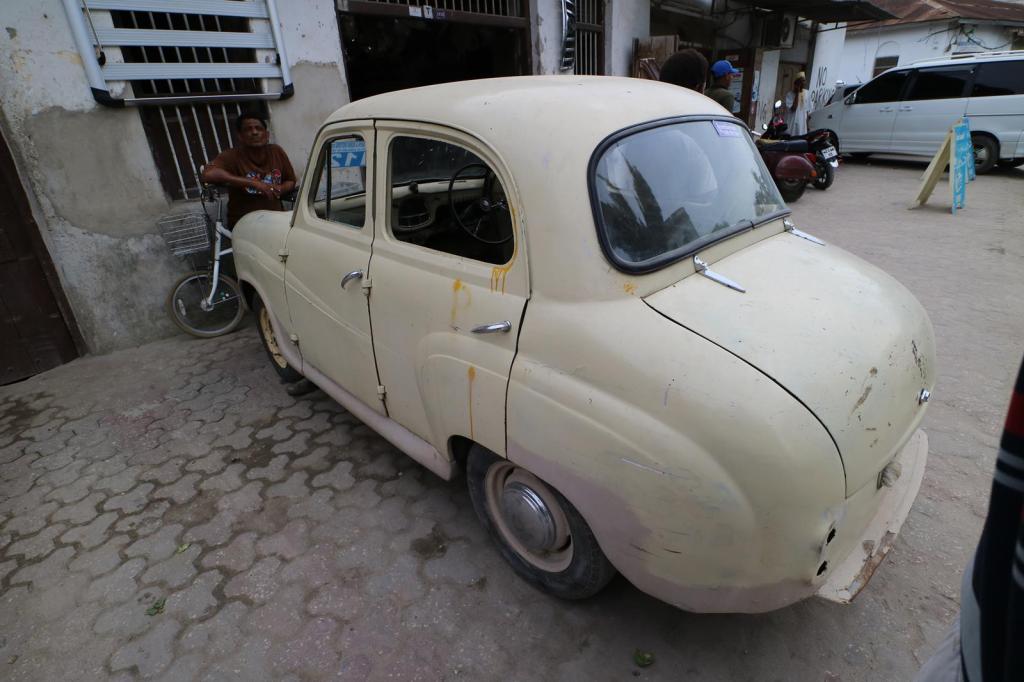 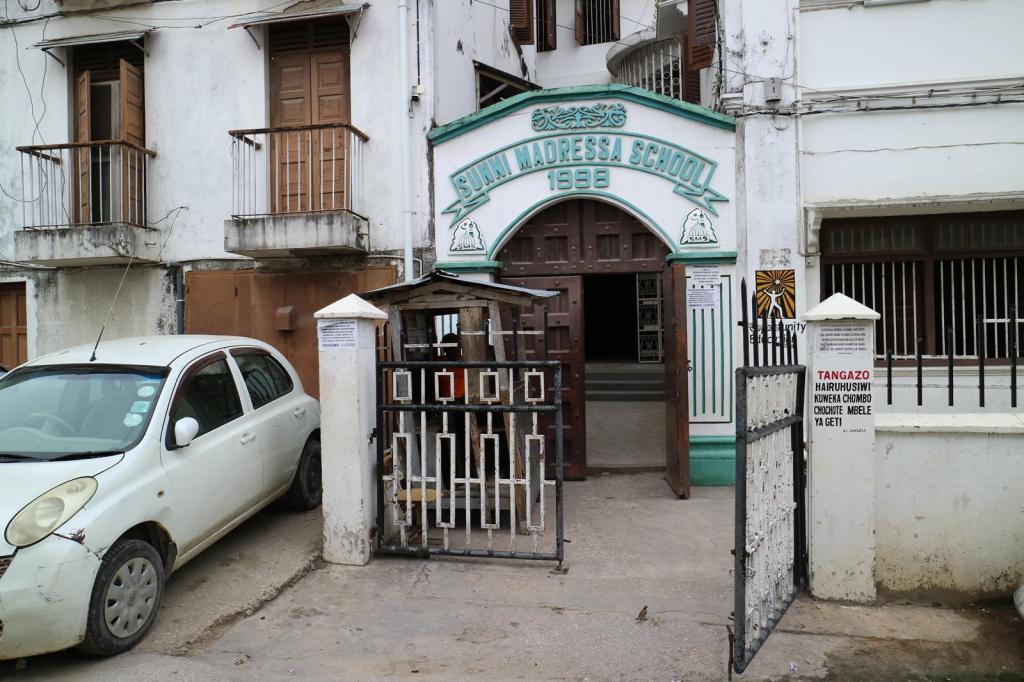 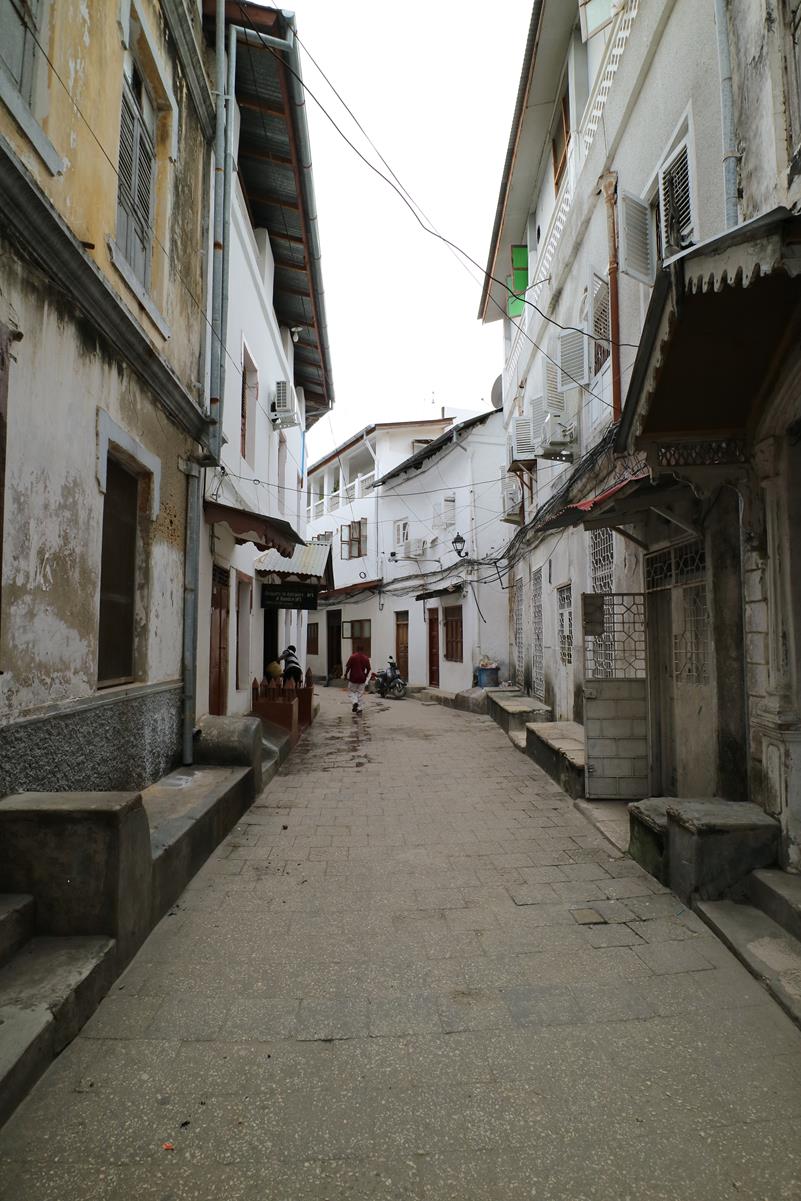 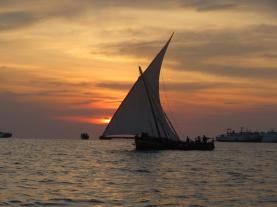 The most famous person to come out of Stonetown (recently) was Freddy Mercury, the lead singer for the rock group Queen. He lived in this house during his childhood.

We stayed in this beautiful hotel right on the waterfront in the heart of Stonetown. 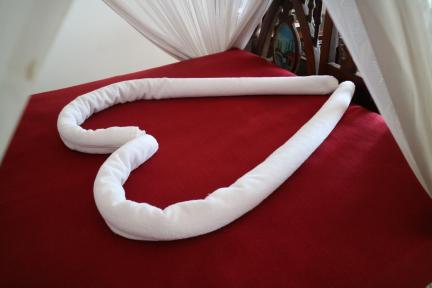 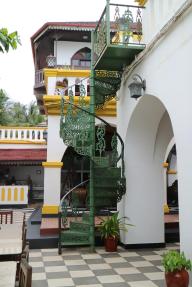 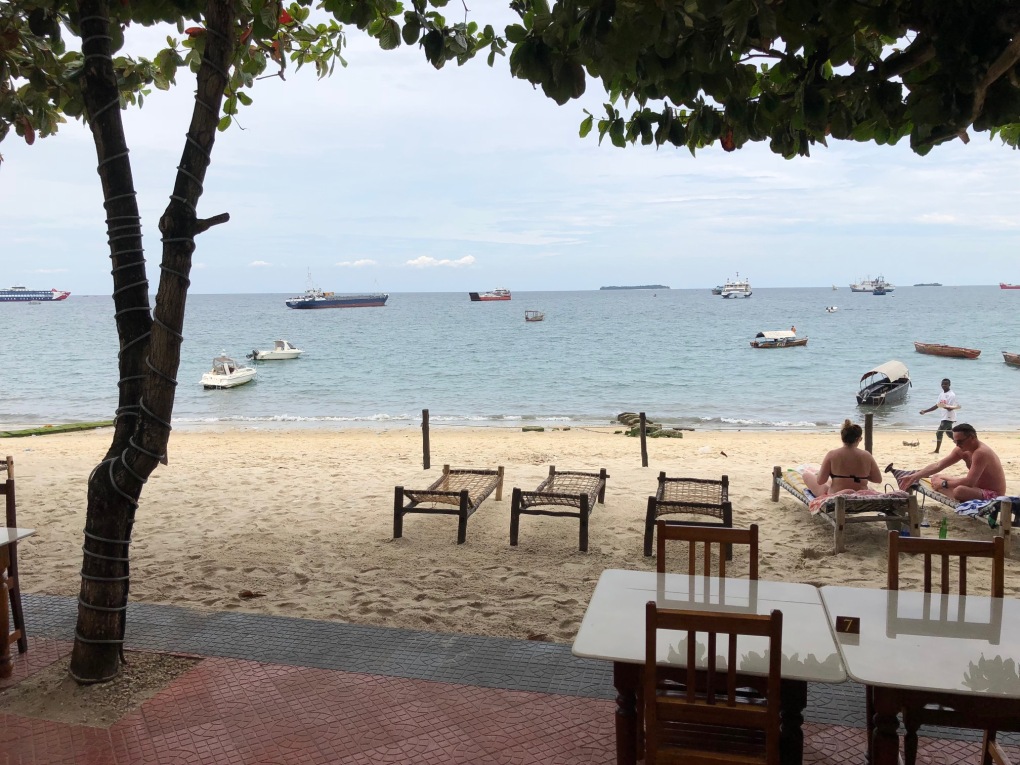 The next morning, the wind was blowing hard – this large ship had run aground just before it hit the pier next door to the hotel. Meanwhile, all the small boat operators were busy securing their vessels. 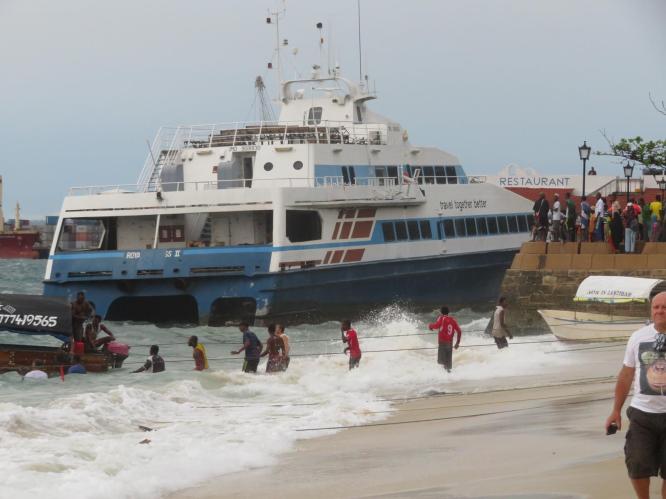