Dubai’s old city and downtown – the city is now over 20 miles long running along the coast. A century ago it was a small port and fishing village. Even in the middle of the last century, it was a small town.

One of the most notable sights to see is the “Gold Souk” – a covered outdoor market where all sorts of jewelry is for sale. 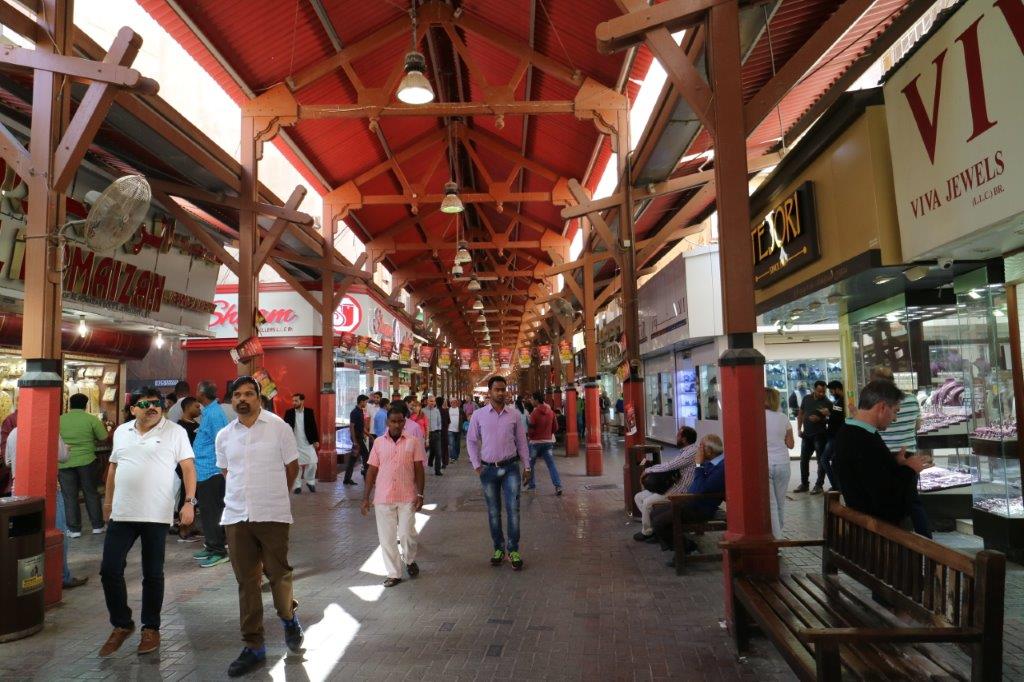 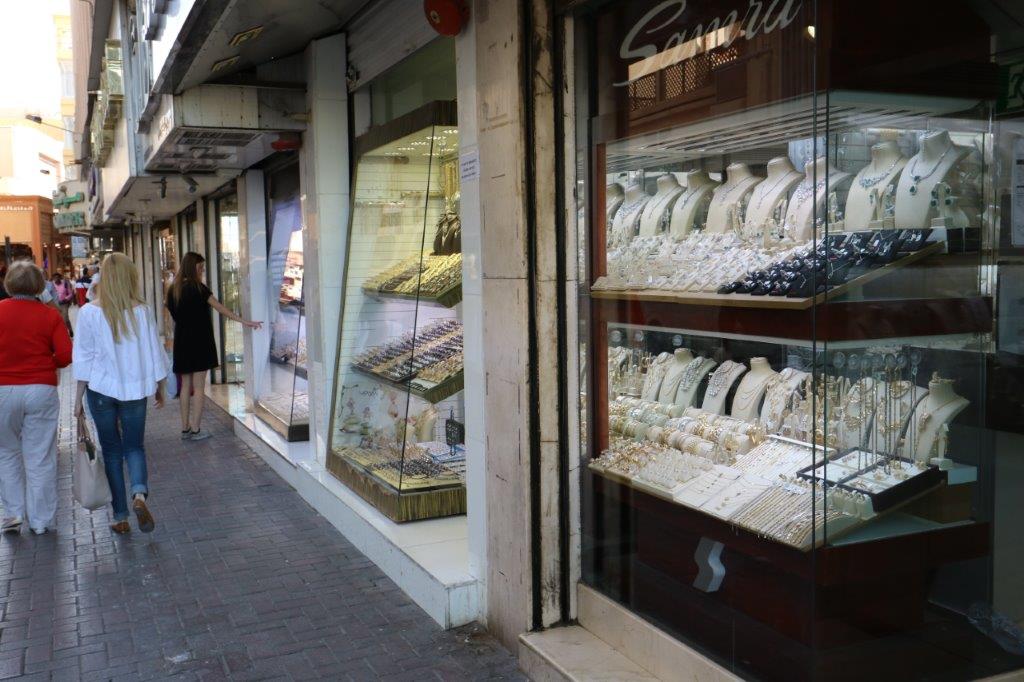 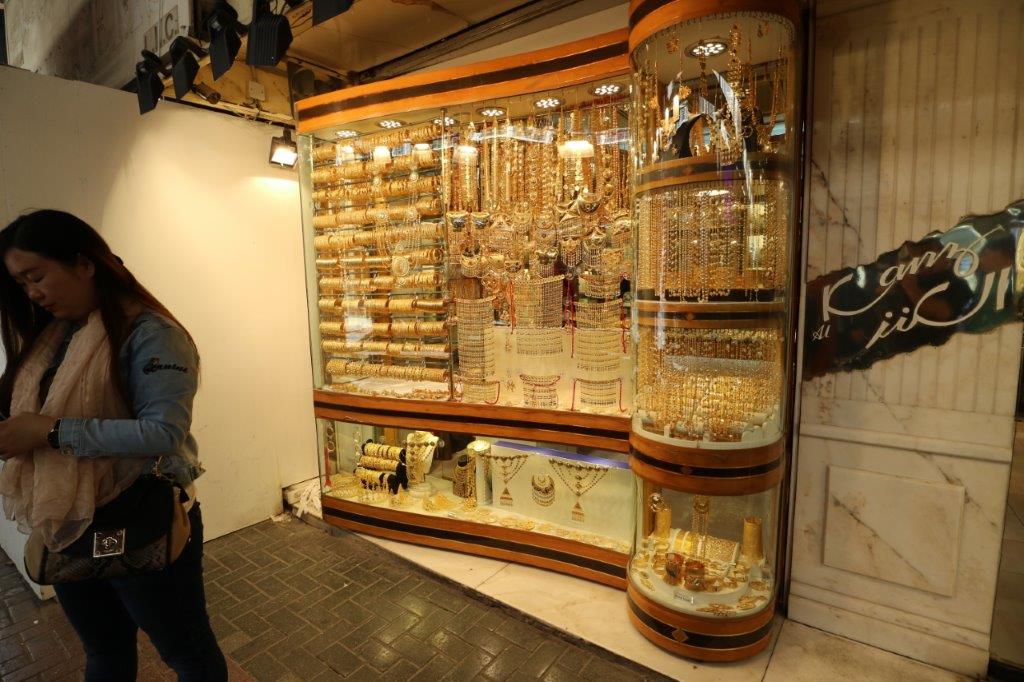 Some very large and intricate pieces were for sale. 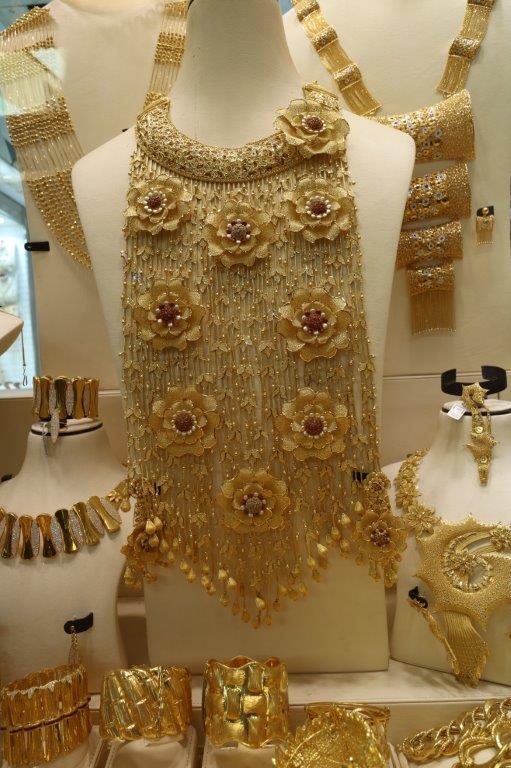 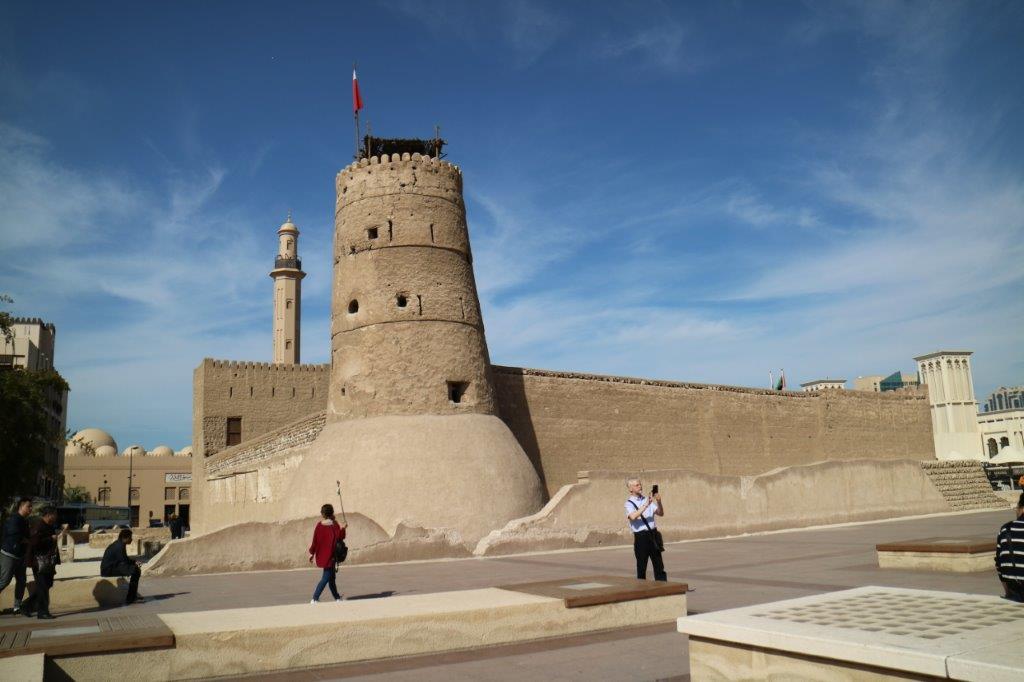 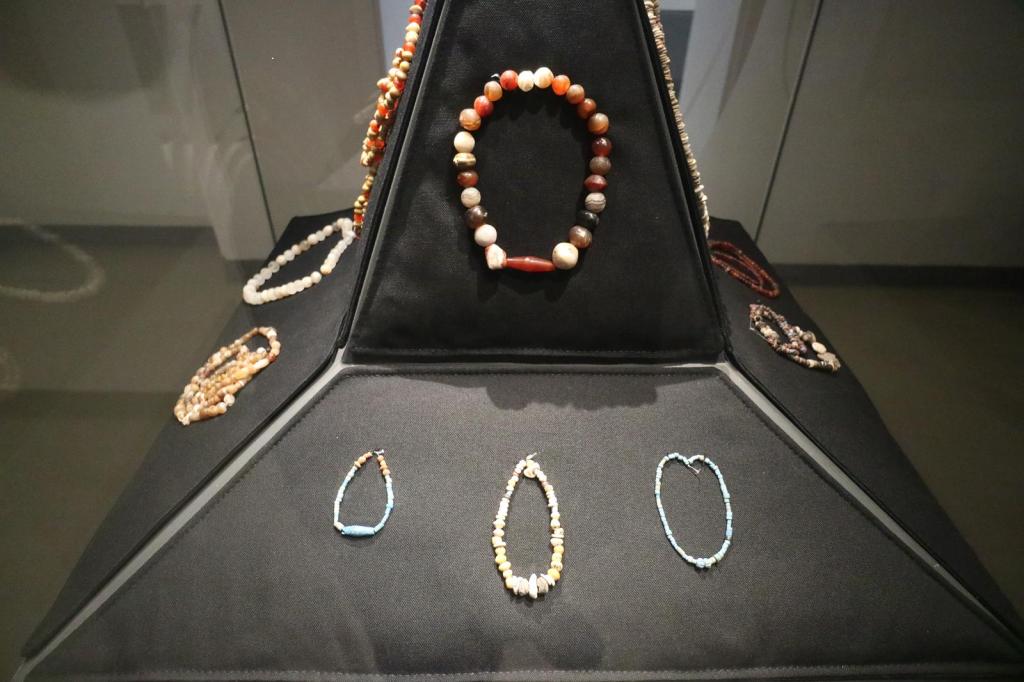 The museum had a display of artifcats found at the site over the past many millennia. As a source of fresh water, the site was settled and part of trading routes ince many thousands of years BC. Dubai still sponsors many archeological digs to explore the heritage of the area. 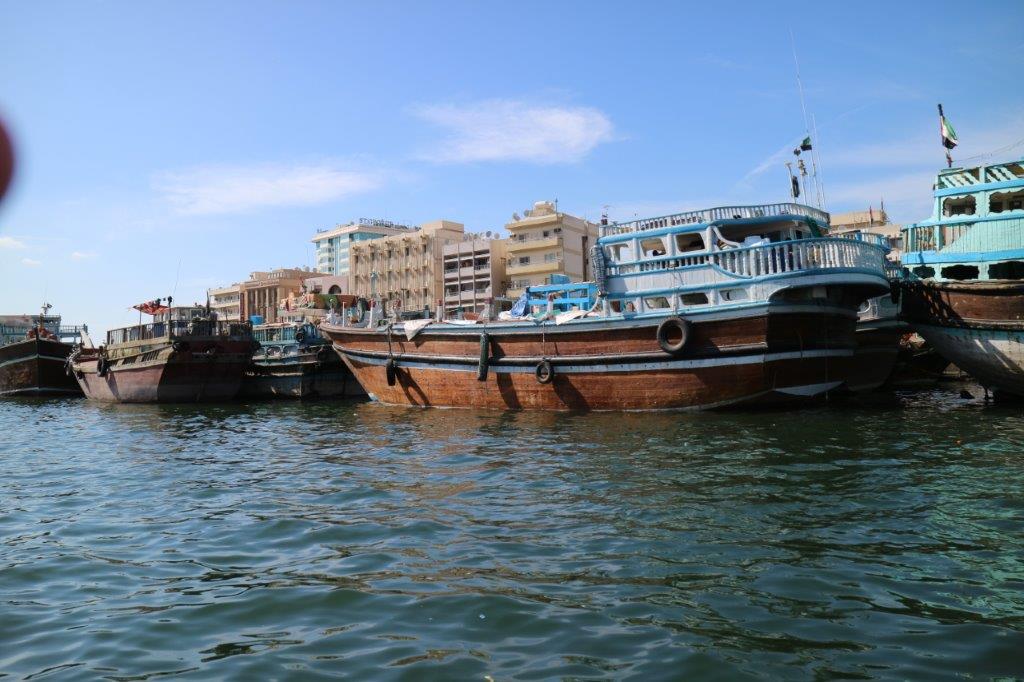 This was a fascinating local handicraft – enameled copper plates. The string of small plates on the right shows the progression from plain copper as a series of enamels are painted onto the plate and the raised pattern is hammered out.

These multicolor cut glass lamps seem to be a popular tourist item; we saw similar lamps in Turkey. 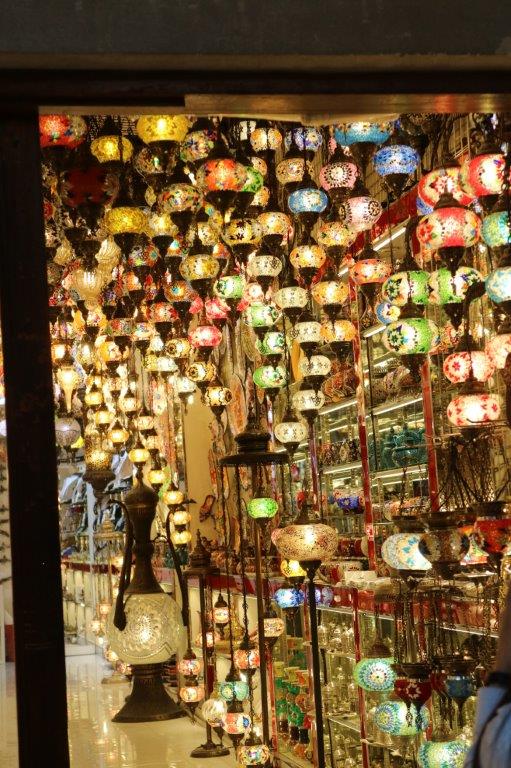 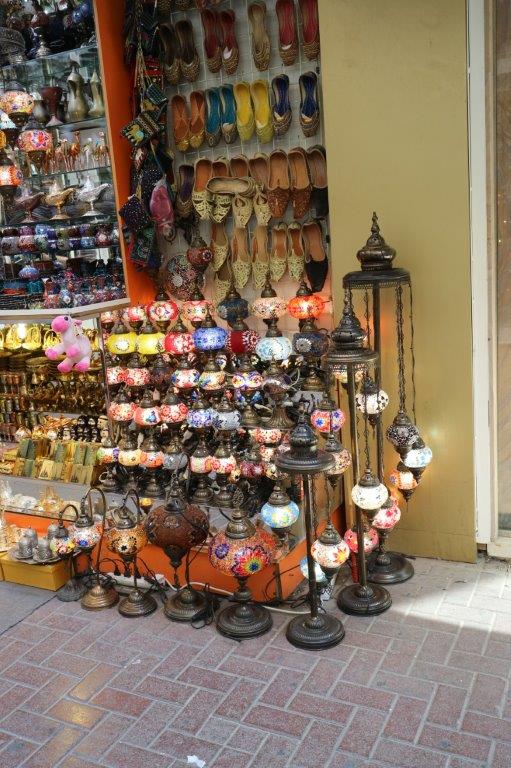 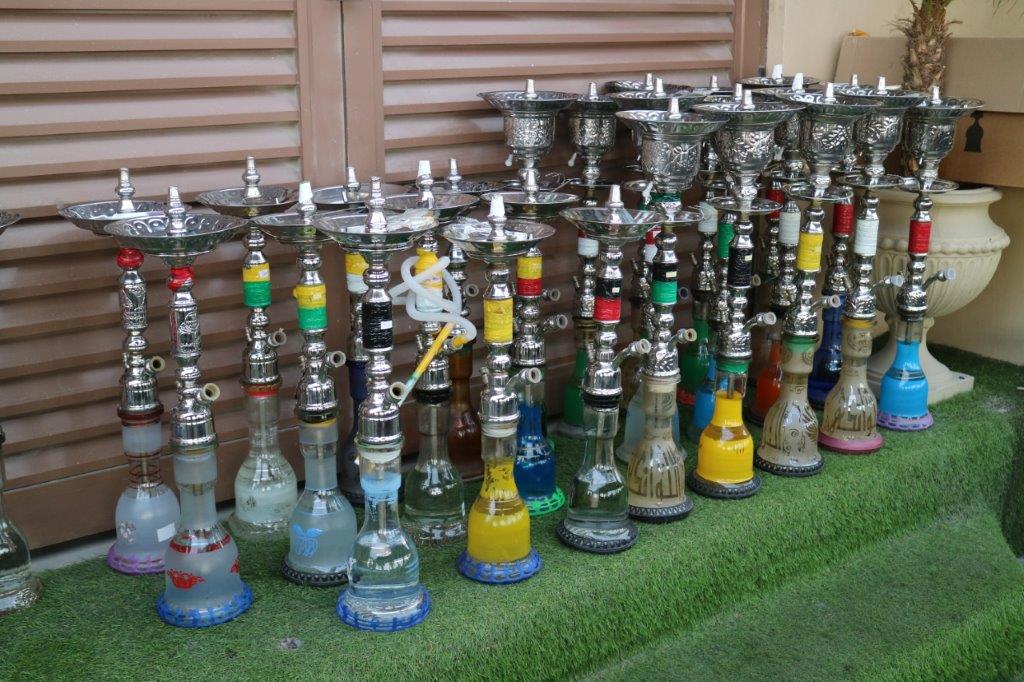 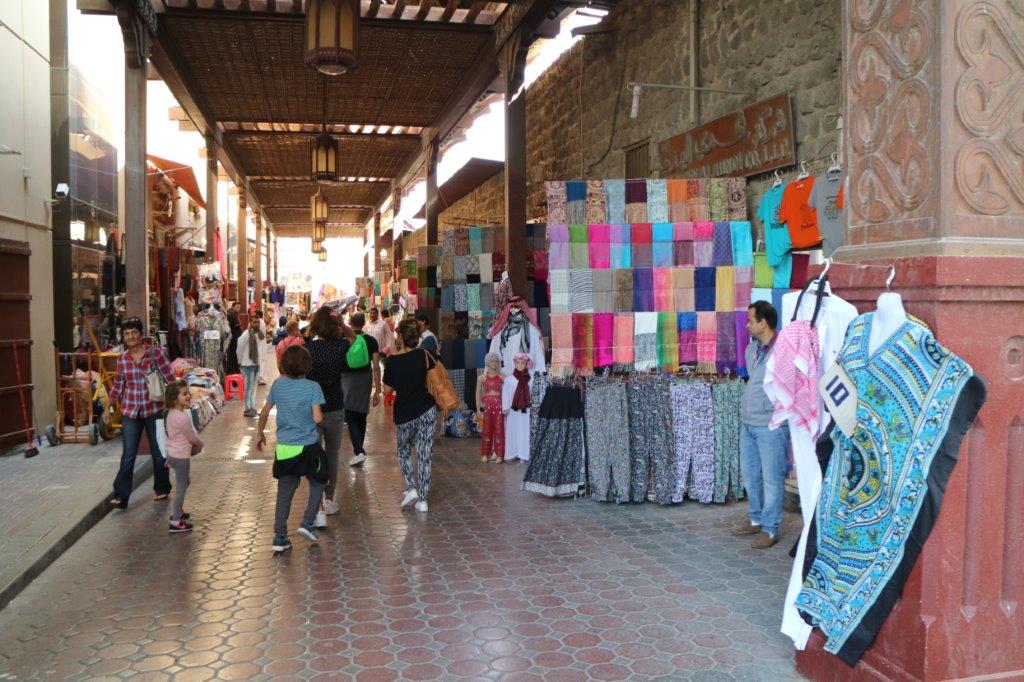 As a trading port since long ago, spice has been an important part of the merchandise traded here. (The spice market is almost as famous as the gold market)

The Metro runs underground through the old part of downtown, but the entrances look the same… 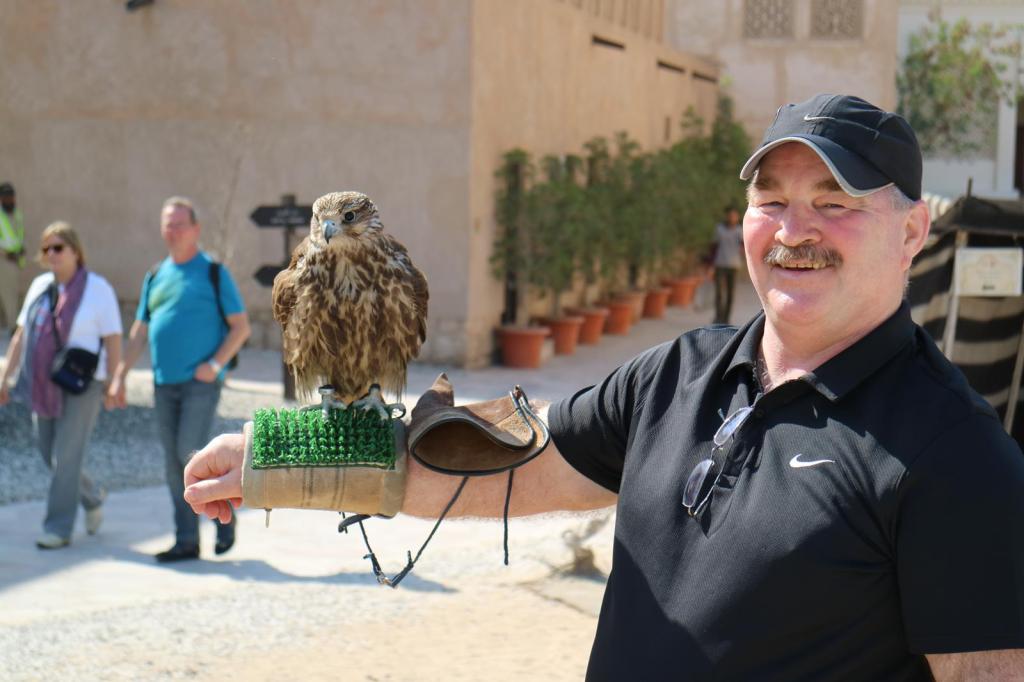 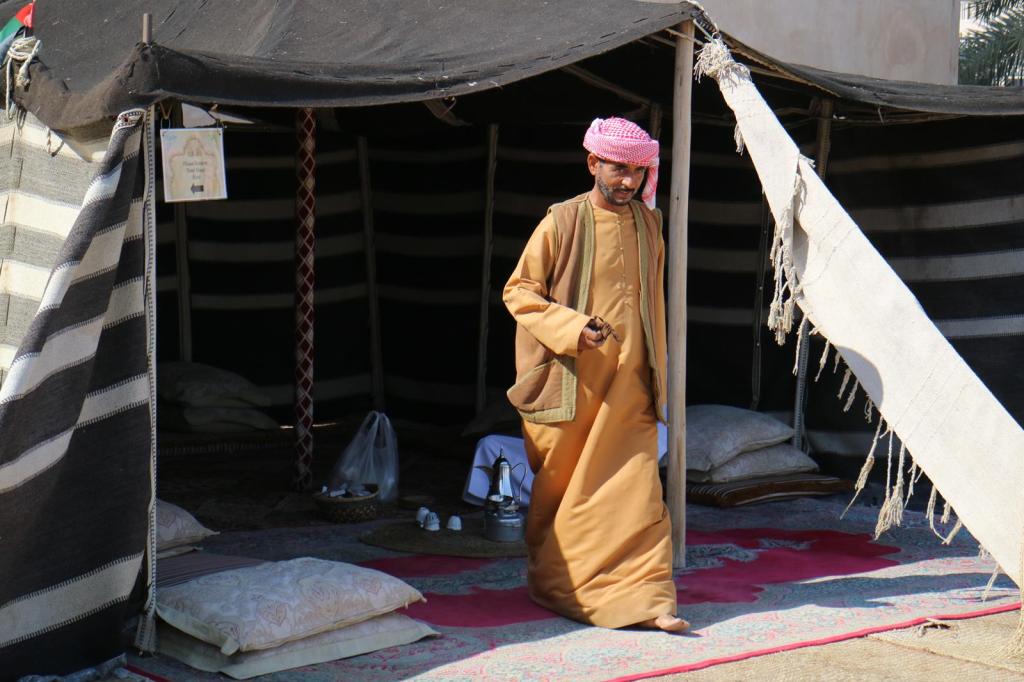