This area is below street level; it is mainly narrow pedestrian alleys. The entrance is a gate that used to close at night to keep the community safe. 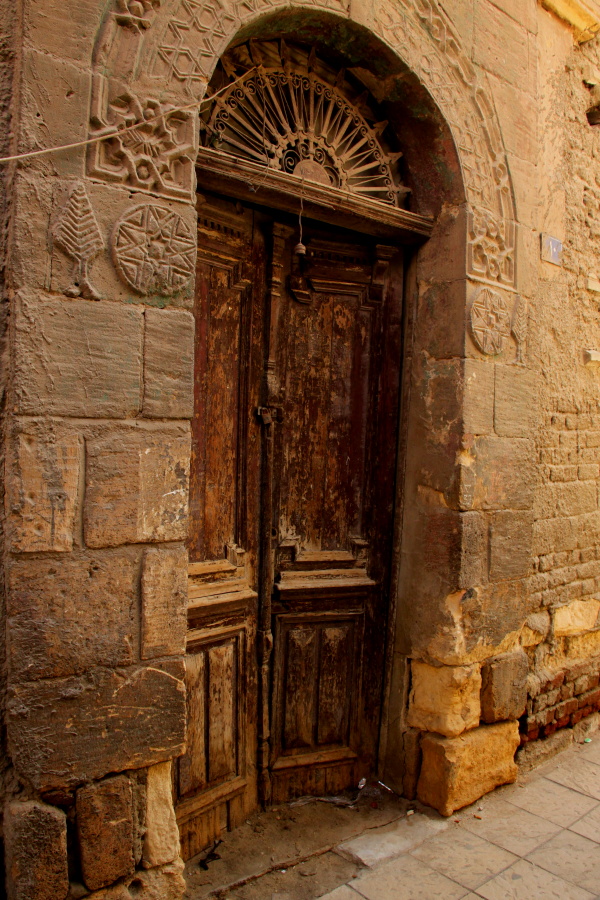 The Hanging CHurch gets its name from being built “hanging over” the ruins of an old Roman fort.

Entrance to the Hanging Church 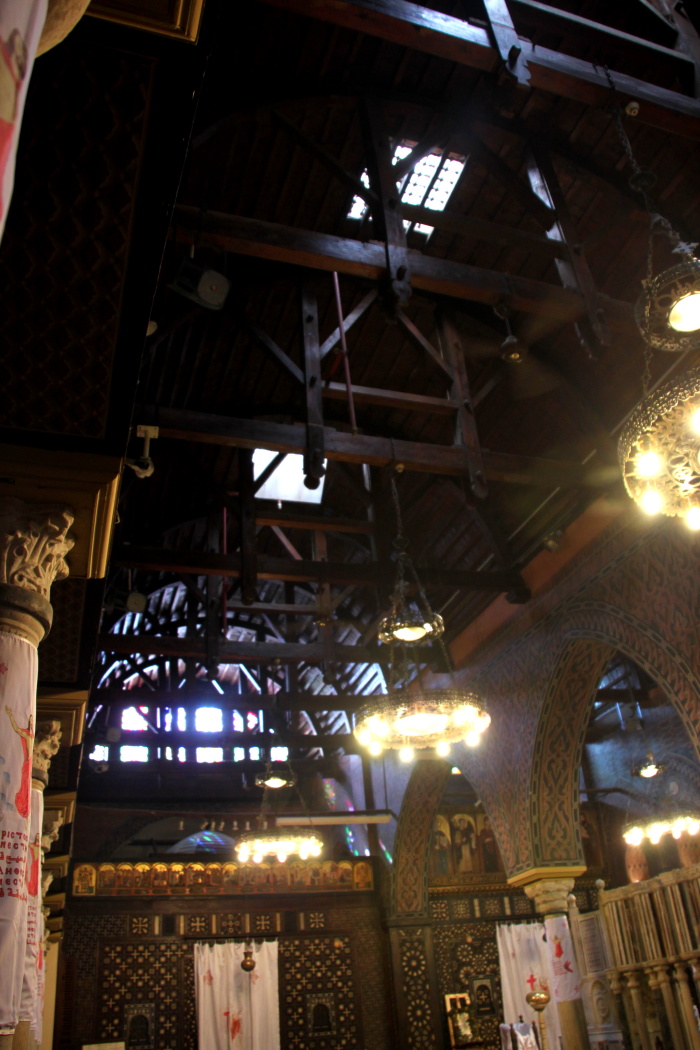 The fine woodwork inside the church.

Detail of the woodwork


Sometimes called Amr Ibn Al As Mosque. This is the oldest mosque in Cairo and the first mosque on the Aftican continent – although it has been repaired and improved many times, and survived earthquakes, fires, and invasions – so basically nothing of the original structure remains. 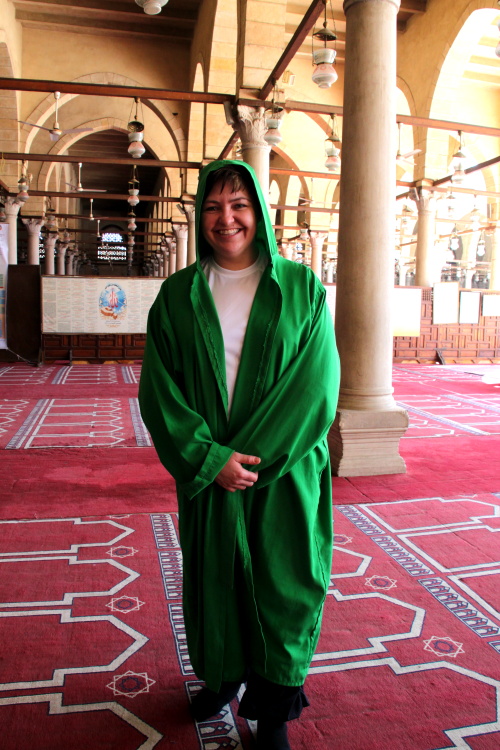 Amr Ibn Aas mosque – Kellie in appropriate covering for women. (Green for Islam) They loan these at the door to ensure decorum is observed inside.

Some mosques had completely separate areas for men and women; this one had a wall between two areas on one side of the central courtyard, but women (or at least tourists) were allowed to walk around the “men’s side” with appropriate covering. You can see the partition divider in the background.

Amr Ibn Aas mosque; note the pattern on the carpet – common to most mosques, it sets out prayer spots and points the direction of prayers, the direction to Mecca. (In some hotel rooms this helpful pointer was on the ceiling too.) 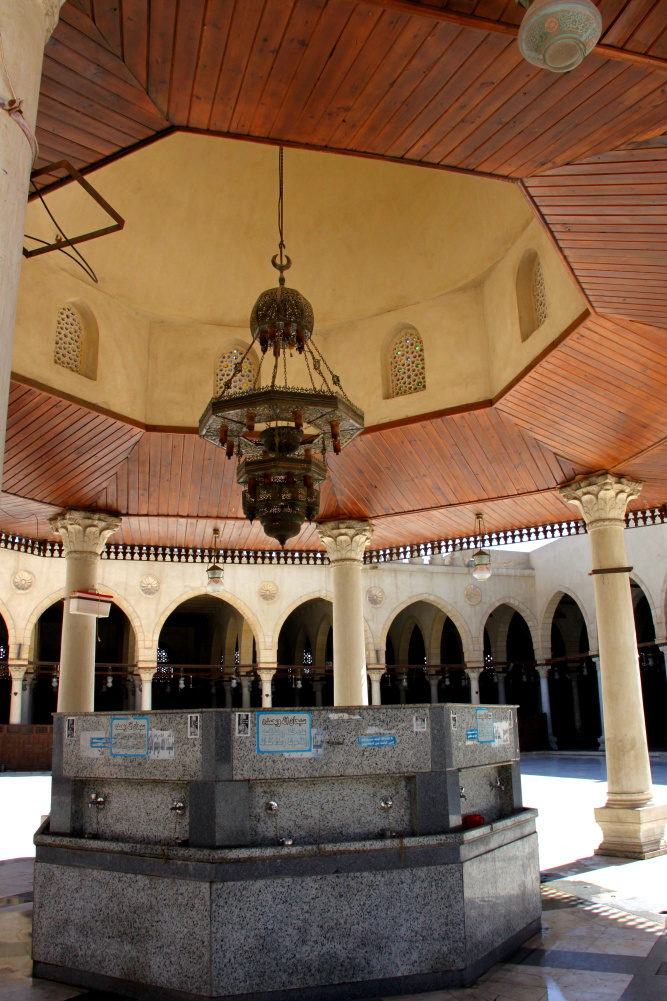 Amr Ibn Aas mosque – fountain in the centre of the courtyard, for washing up before prayers.