A walk along the beach and a ride in the waves.

The beach walk. The red path is made with rubber for soft jogging. 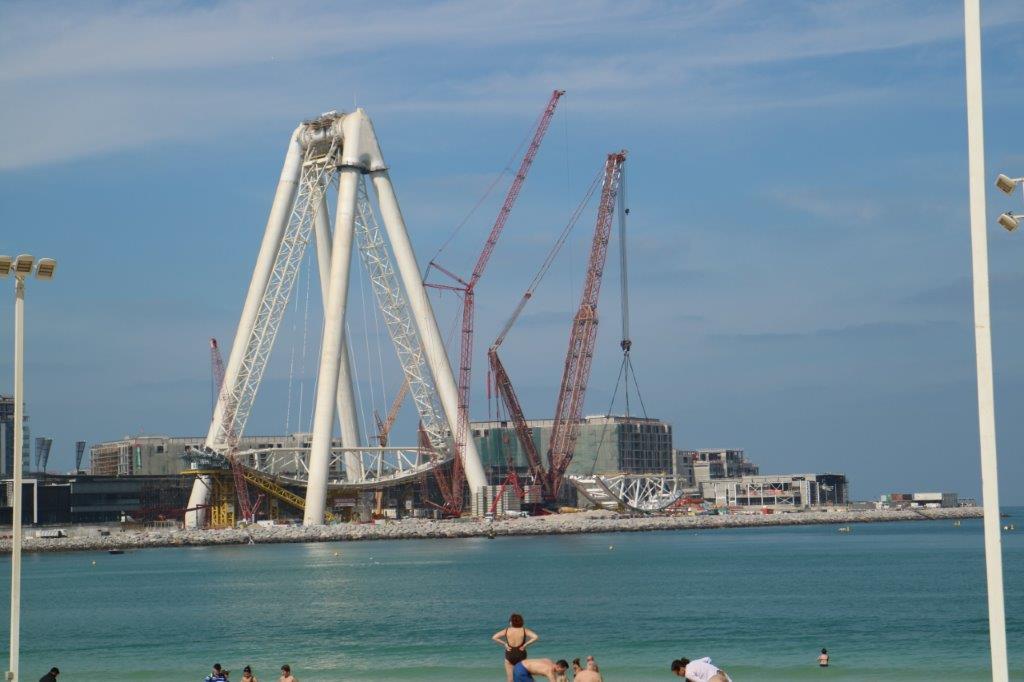 Across the way from this beach, this is the beginnings of a giant Ferris Wheel similar to the London Eye under construction.

Some of the locals dressed in their preferred beach attire… including running shoes. 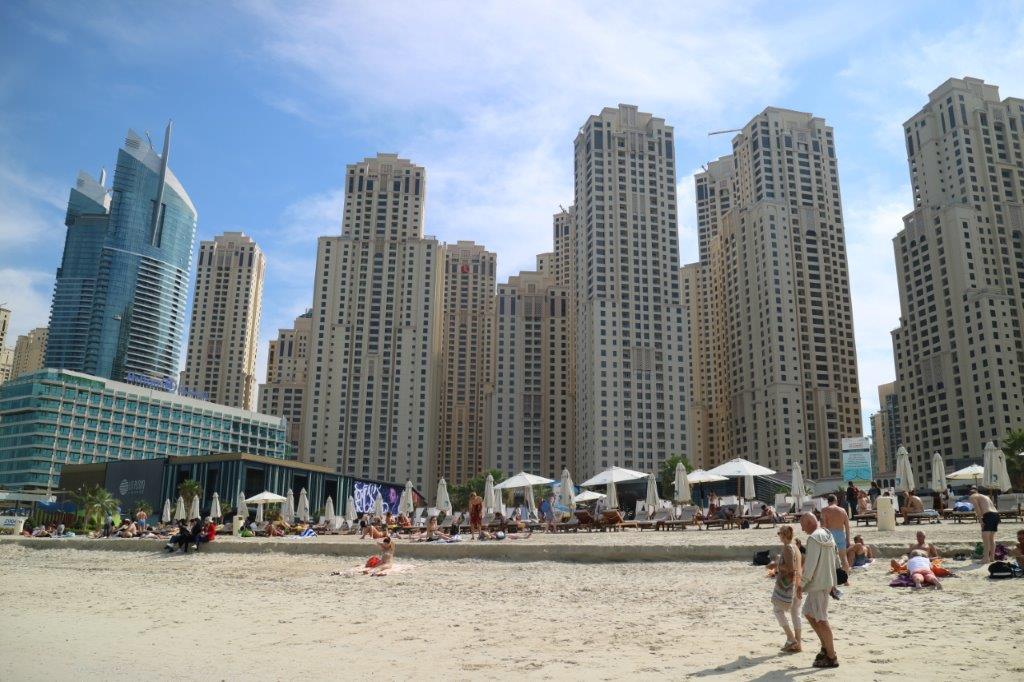 Beach-side buildings. Some are condominiums, some are hotels.

A beach restaurant under a canopy.

If you are bored, you can rent a shark-looking Sea-Do type submarine.

Win a Minion! A carnival game kiosk in a small square near the beach.

The sand in the shore was littered with seashells.

– a tour around the Palm and by the Burj al Arabiya 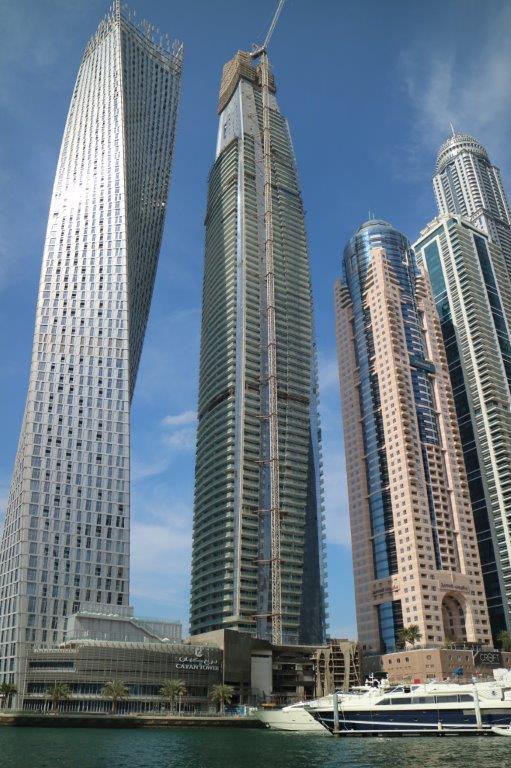 An example of the creative architecture – these are buildings near the marina. 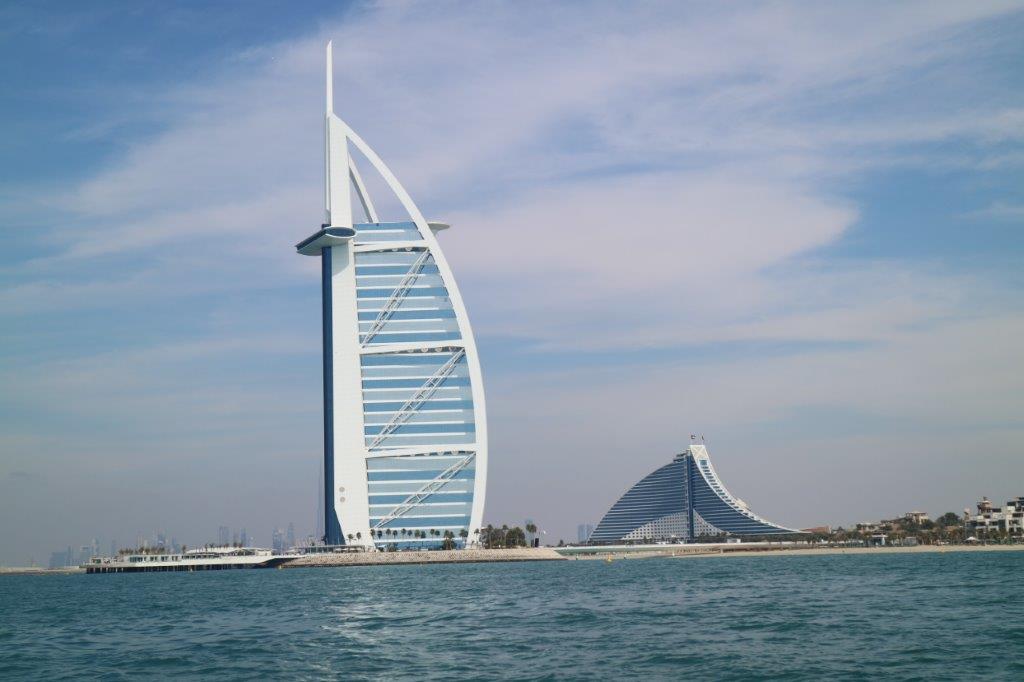 The Burj al Alrabiya – a distinctive tower design for the exclusive hotel. the shape is imitating the traditional sails of the local boats; the lower building is intended to represent a wave. There is even a helicopter landing pad (visible sticking out to the right of the building near the top); in a publicity stunt, they have had a tennis game played up there, and once had a Formula I car lifted up there to do power spins. The crosspiece facing to the left is an expensive (very expensive!) restaurant. 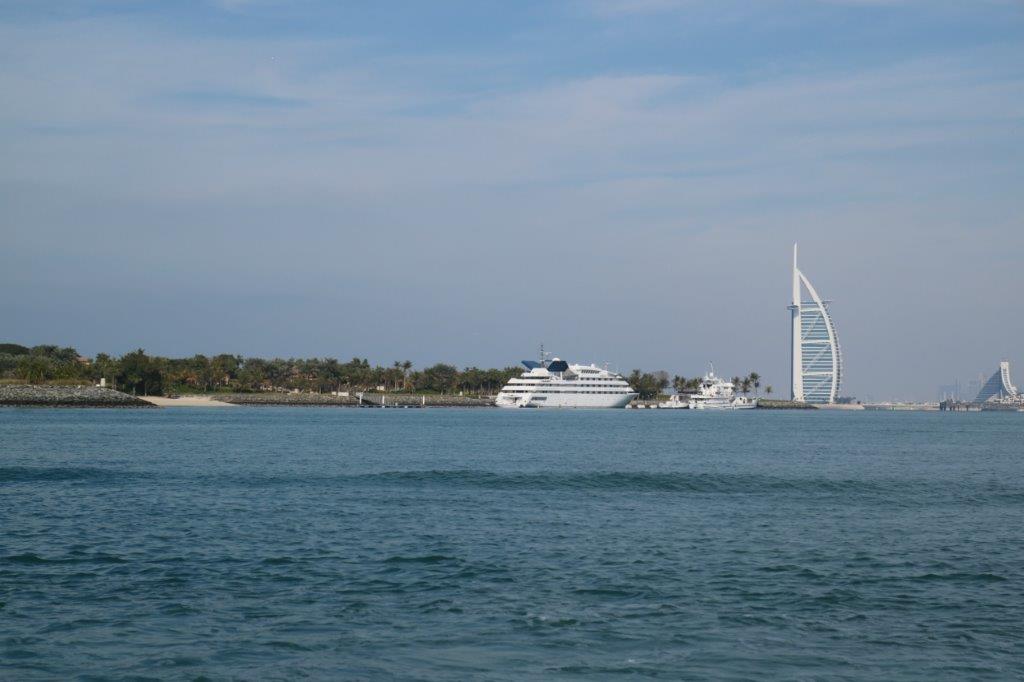 The Sheik’s son’s yacht, parked at his private island. Apparently the Sheik’s yacht is even bigger.

The fabulous skyline of skyscrapers surrounding the marina near the Palm. This is just one of several concentrations of tall buildings in Dubai. 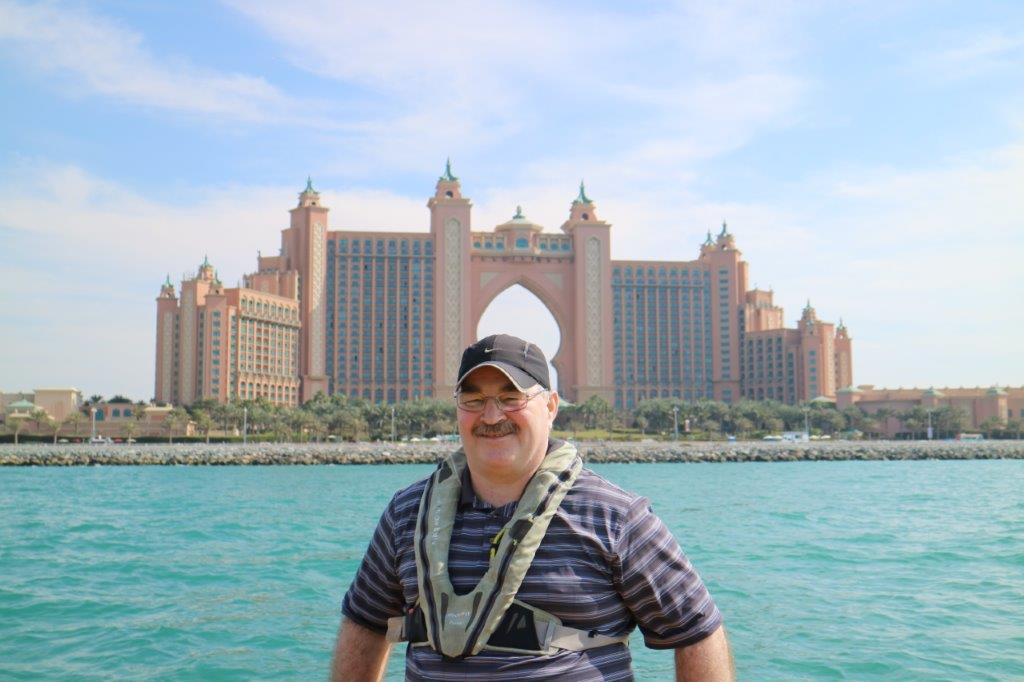 At the end of the “Palm” is the Atlantis, a replica of the one in the Bahamas. The room over the archway apparently rents for $79,000 a night. Michael Jackson stayed there a few times.