Palace in a lake. 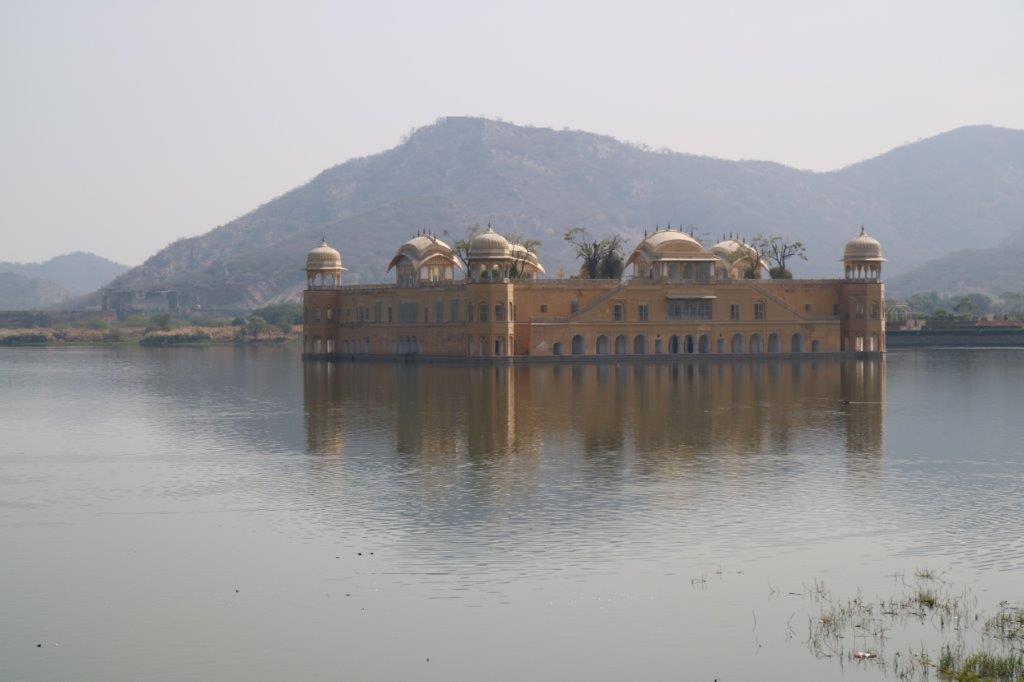 This is the “Palace of the Winds” or Hawa Mahal, so named for its height. One of the nobles, Maharaja Sawai Pratap Singh, built this imposing building in 1799 along the main street of Jaipur so that the women of his harem could watch the street and processions without being seen by the common crowd. Each wife had a window. (It looks imposing, but this is mainly just the one wall of balconies, the rest of the palace is not that tall. ) The shape is intended to resemble the crown of Krishna. 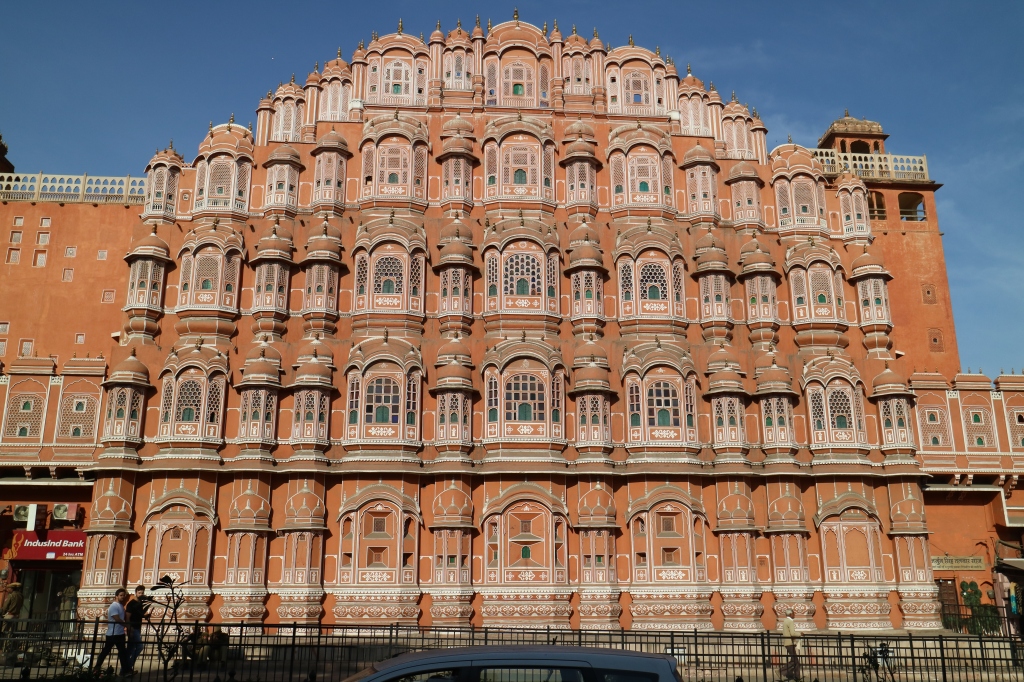 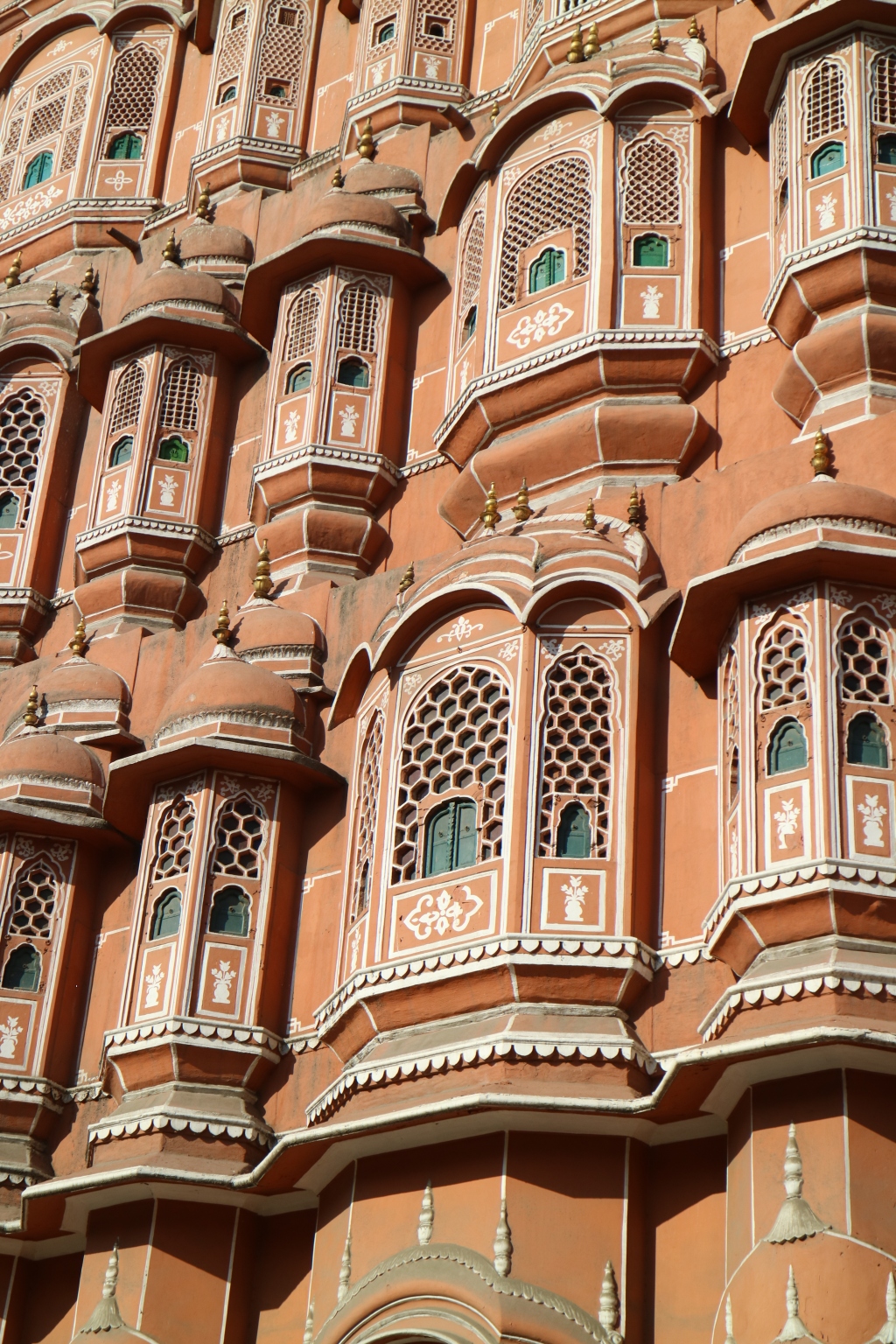 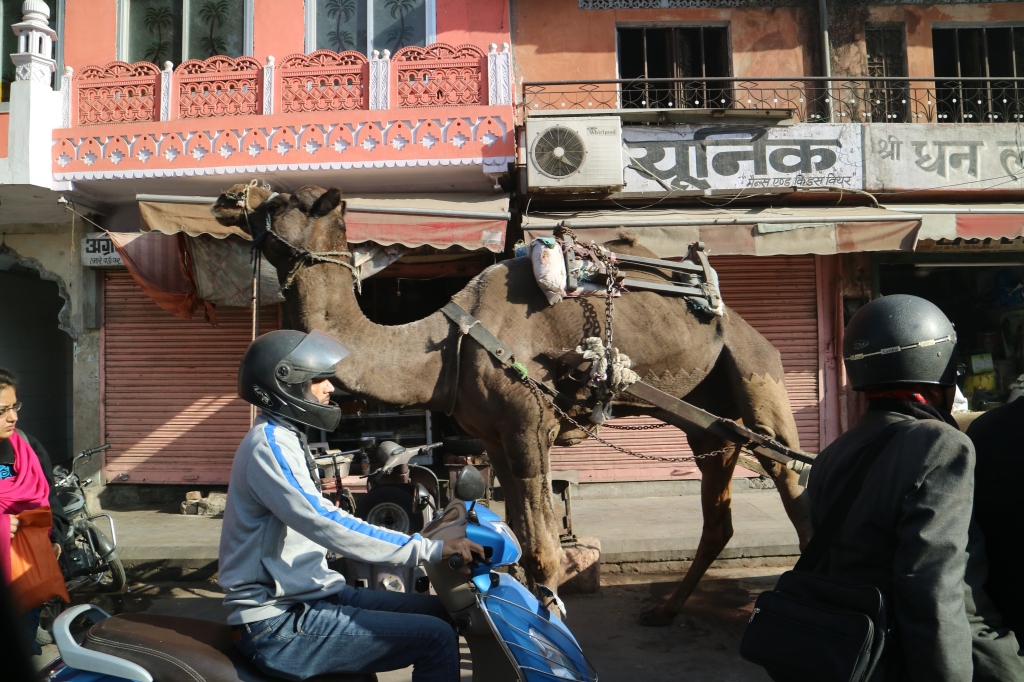 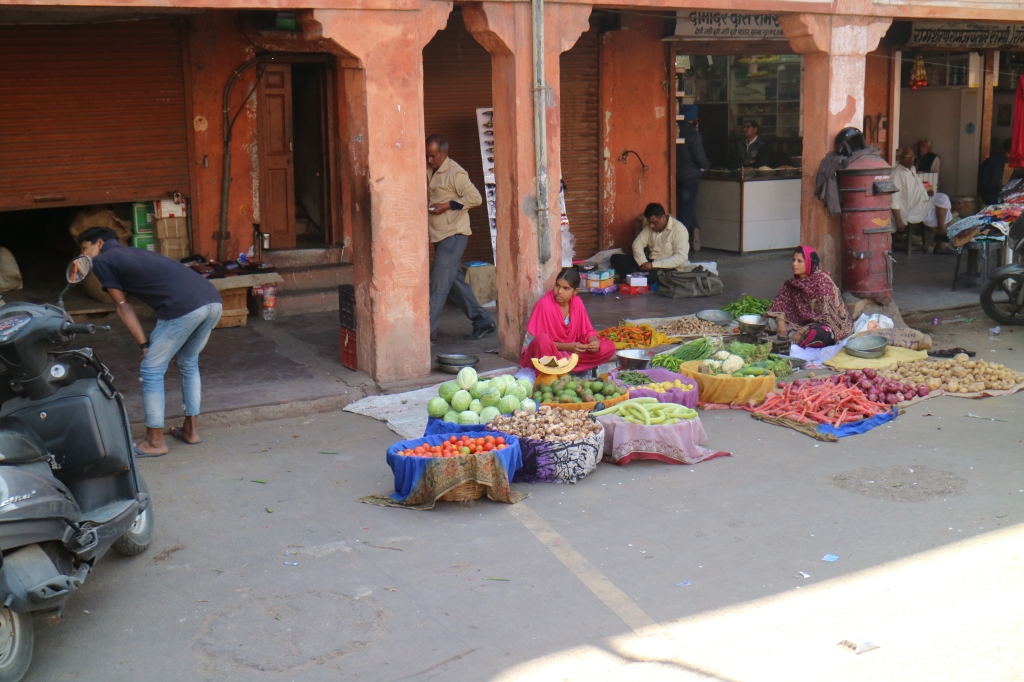 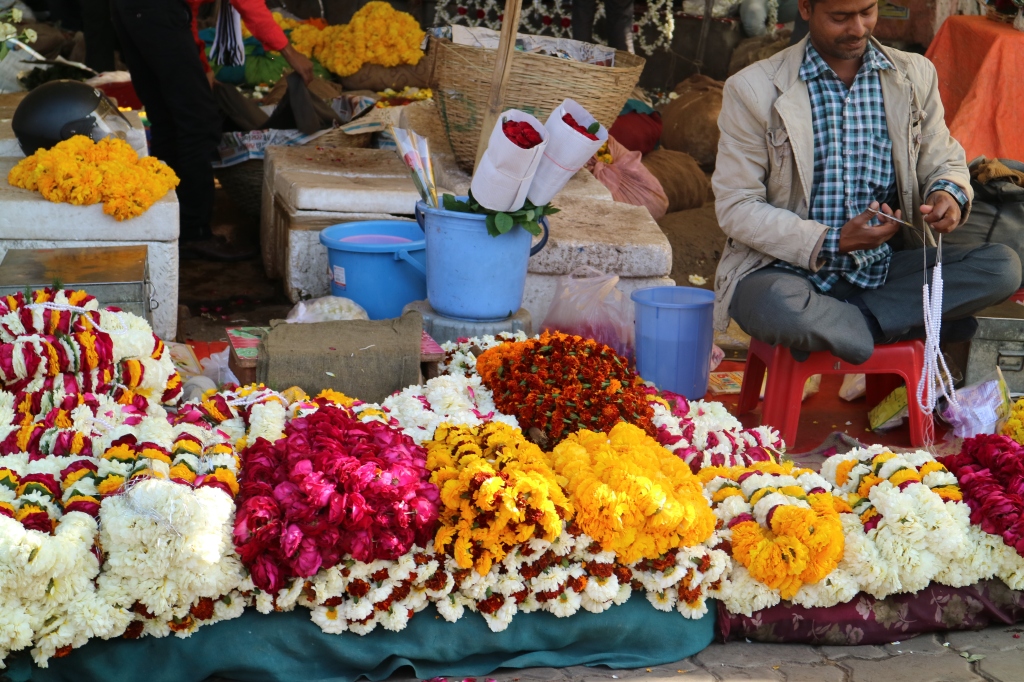 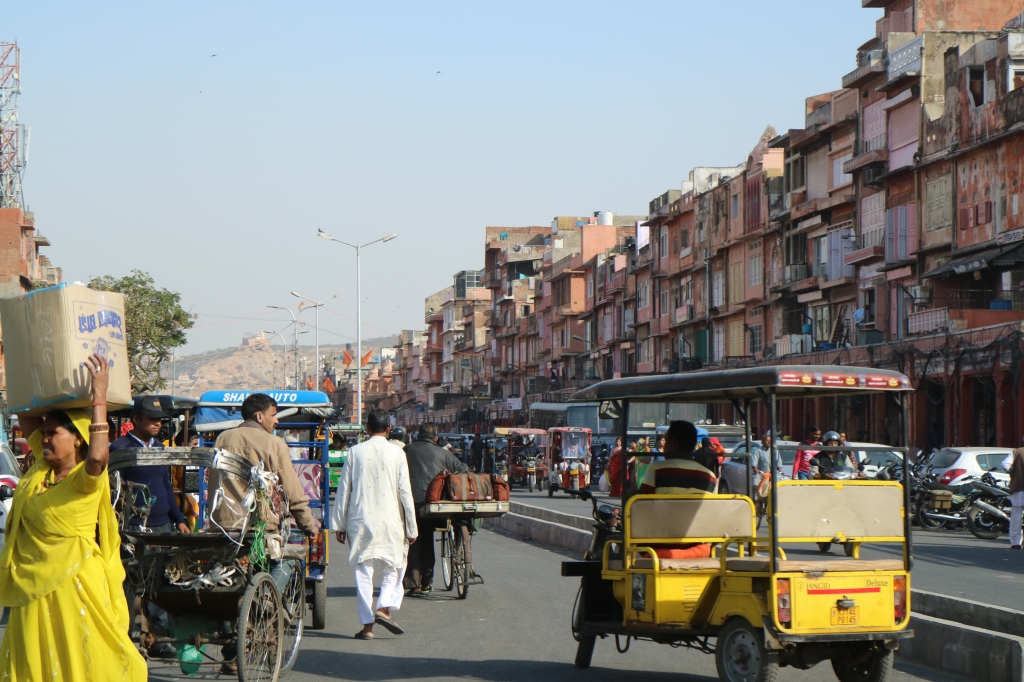 The City Palace in downtown Jaipur 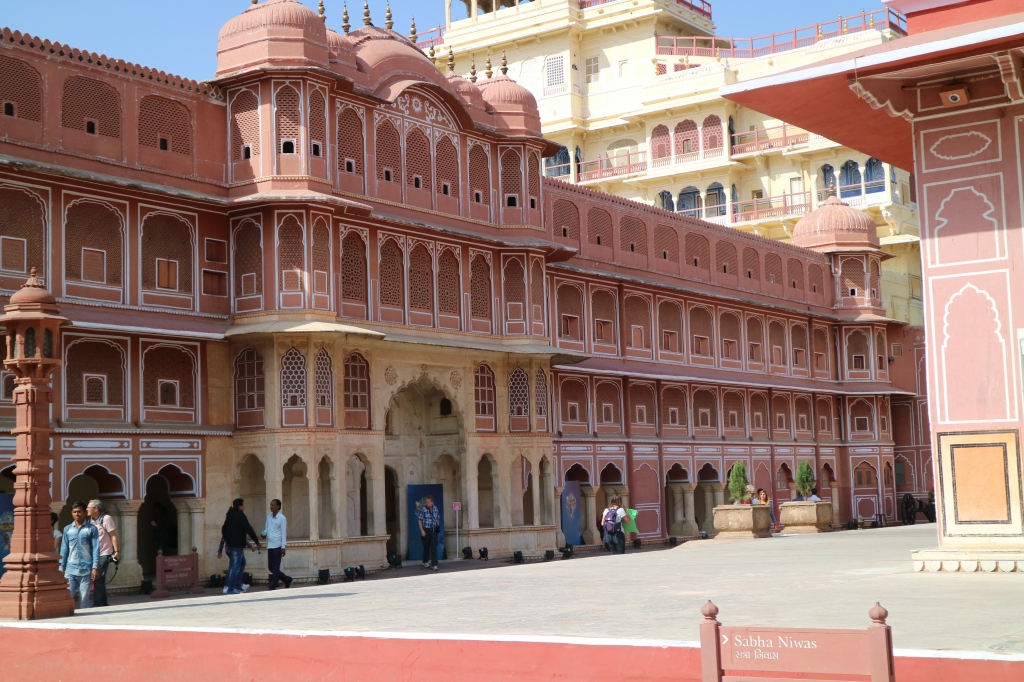 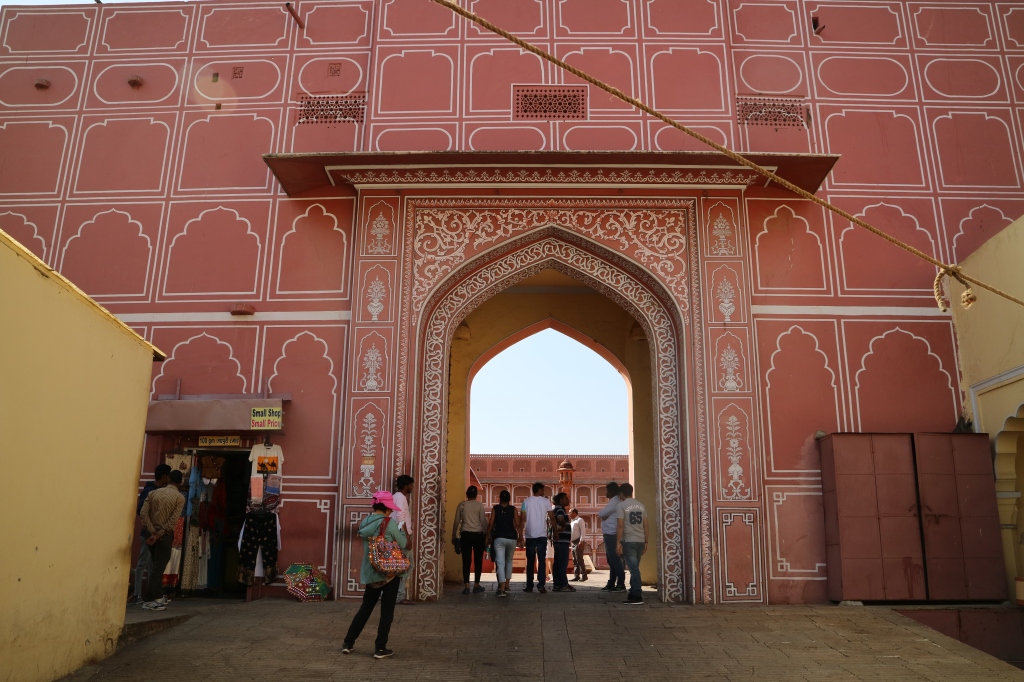 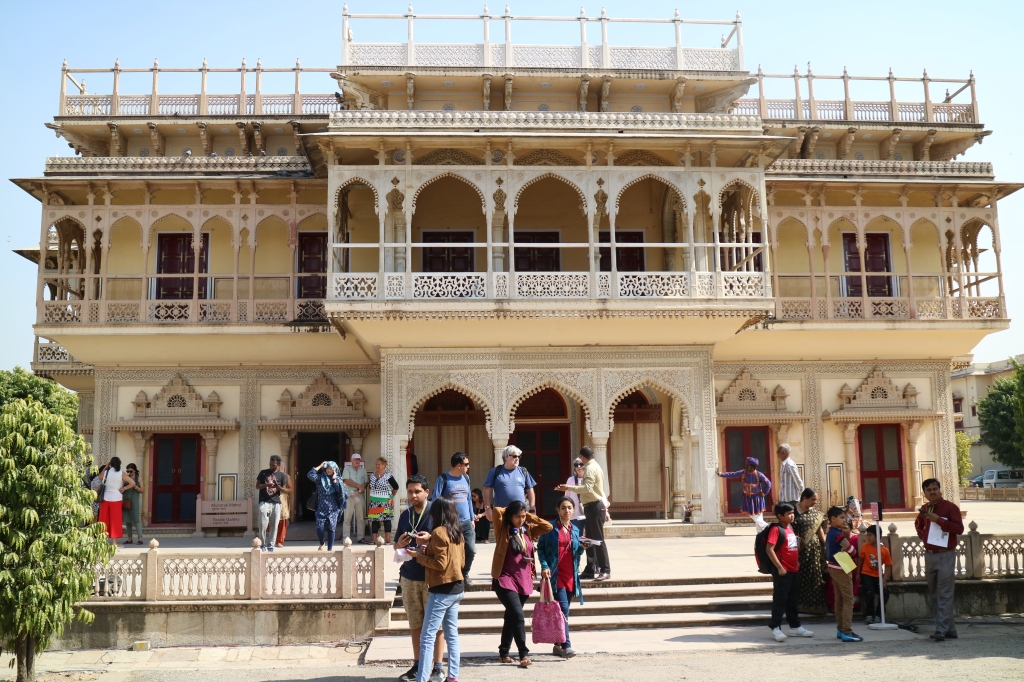 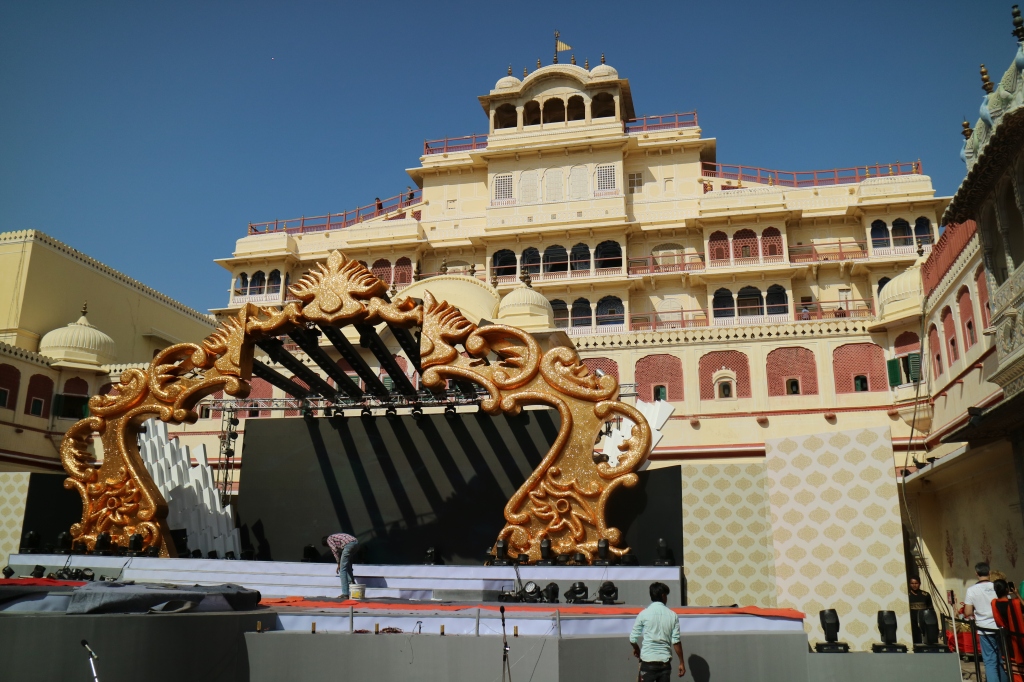 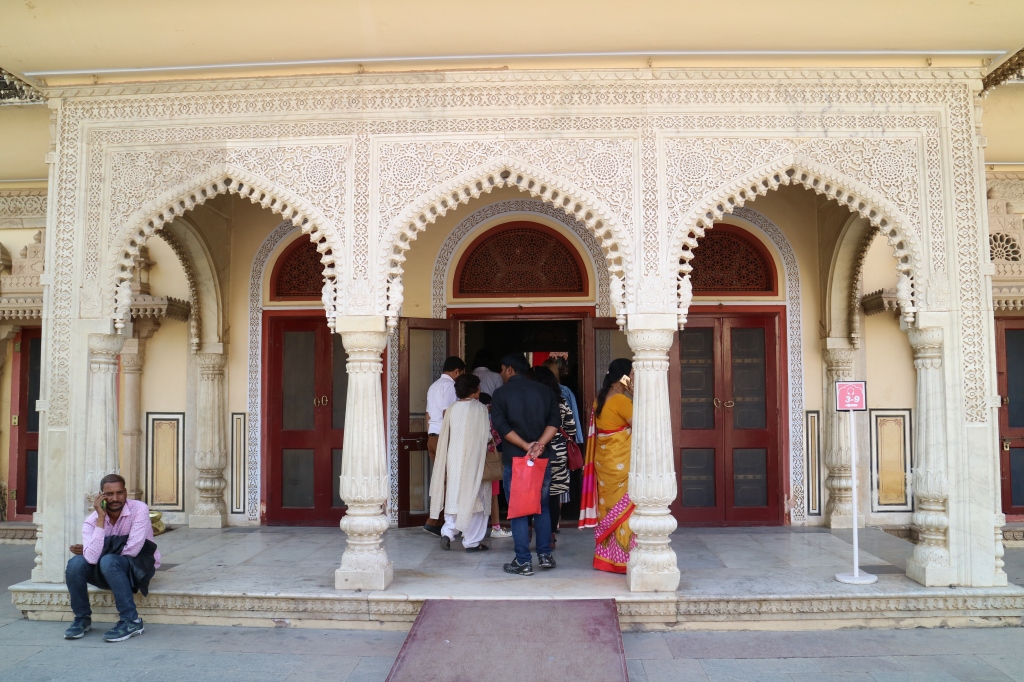 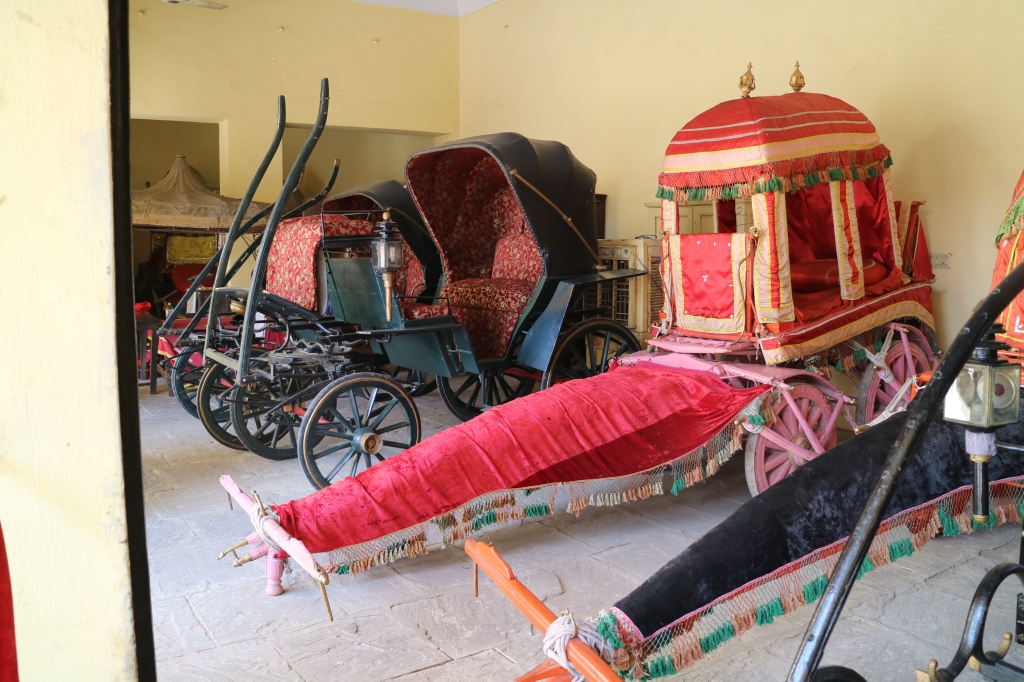 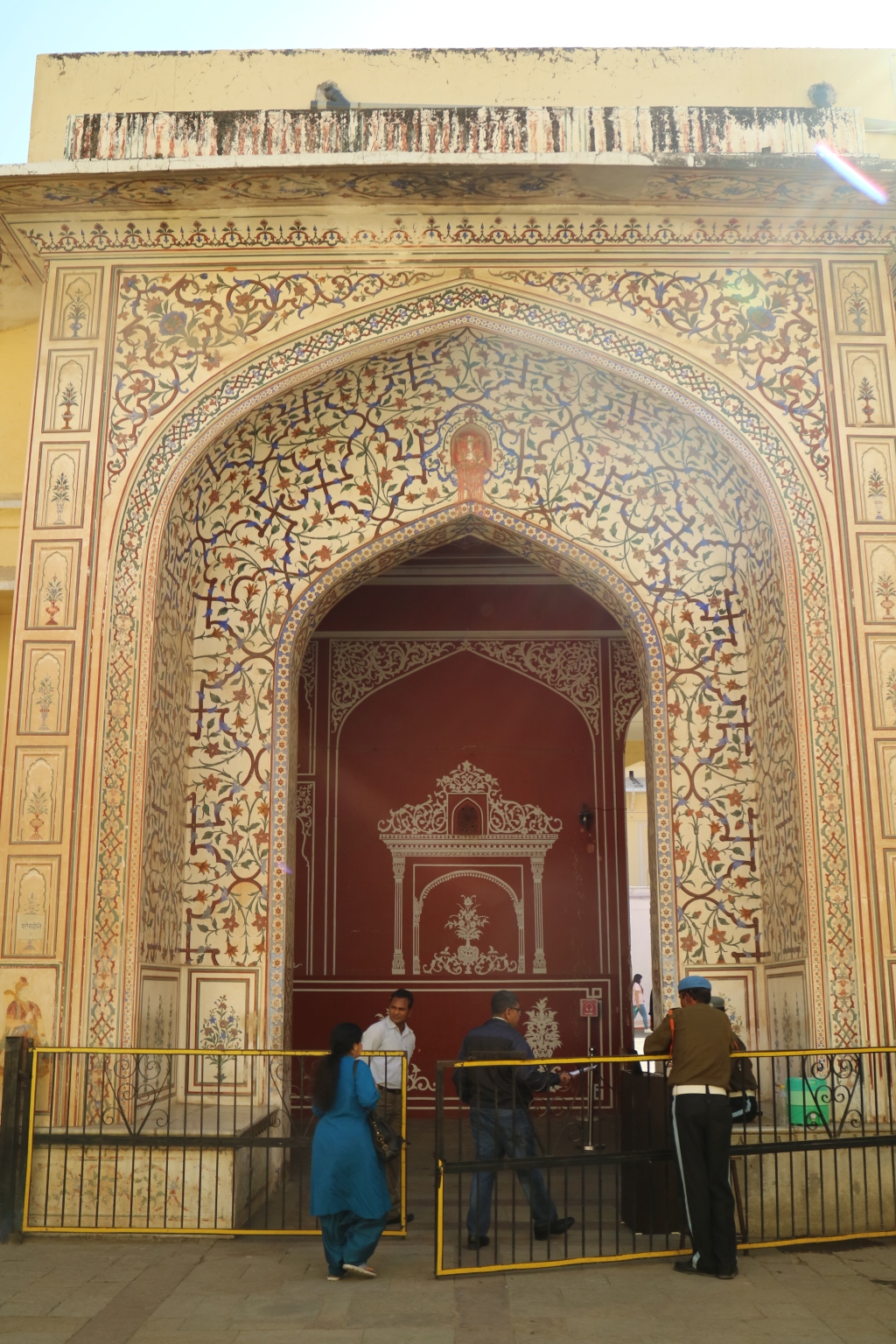 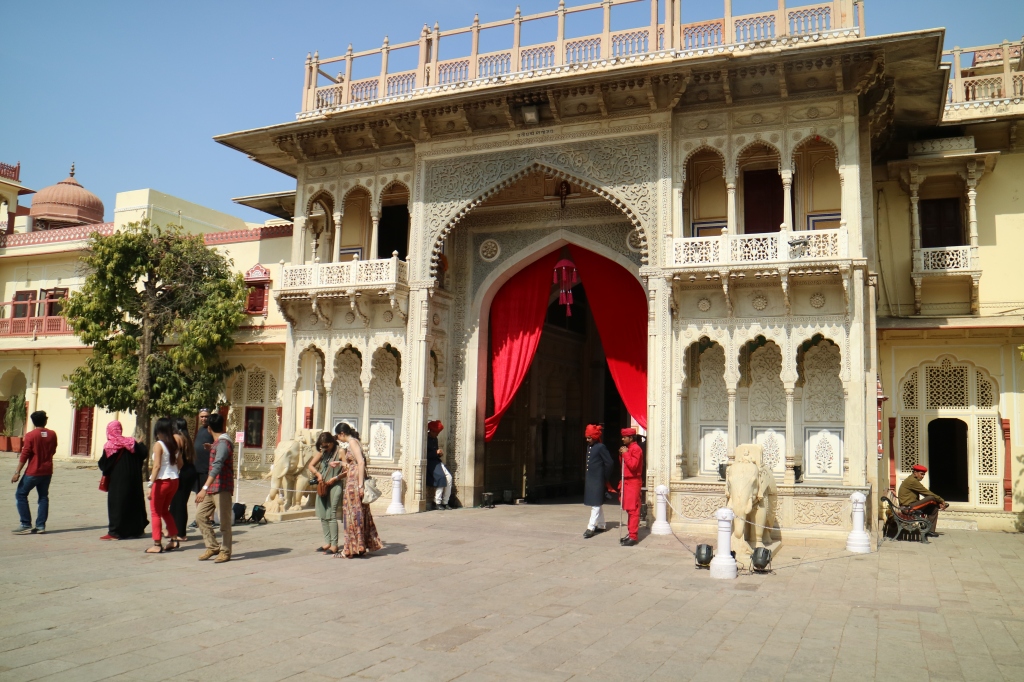 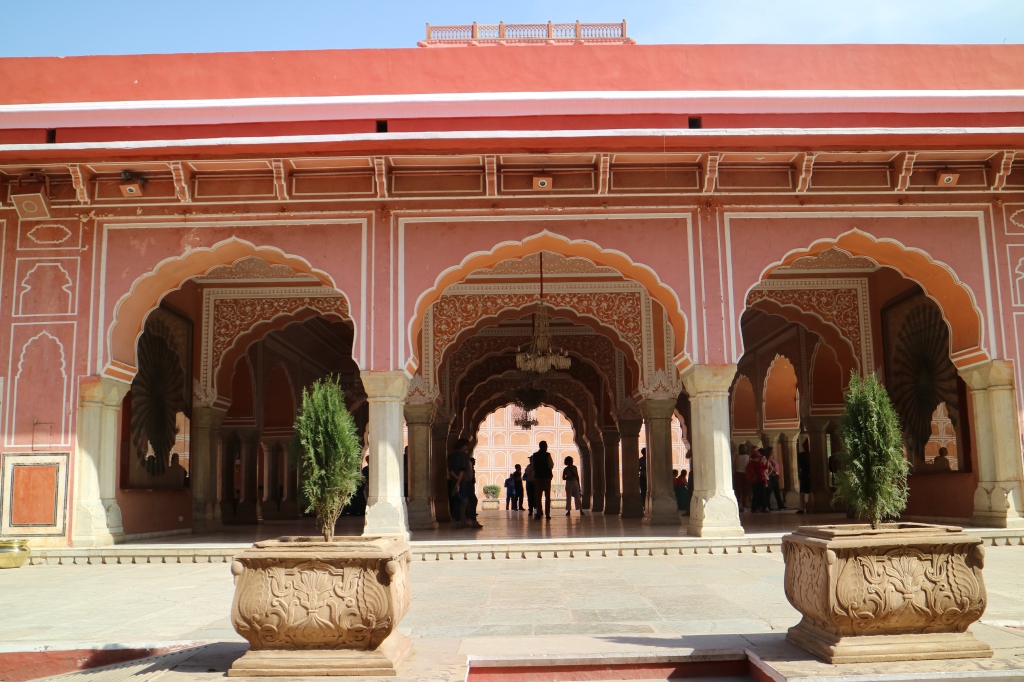 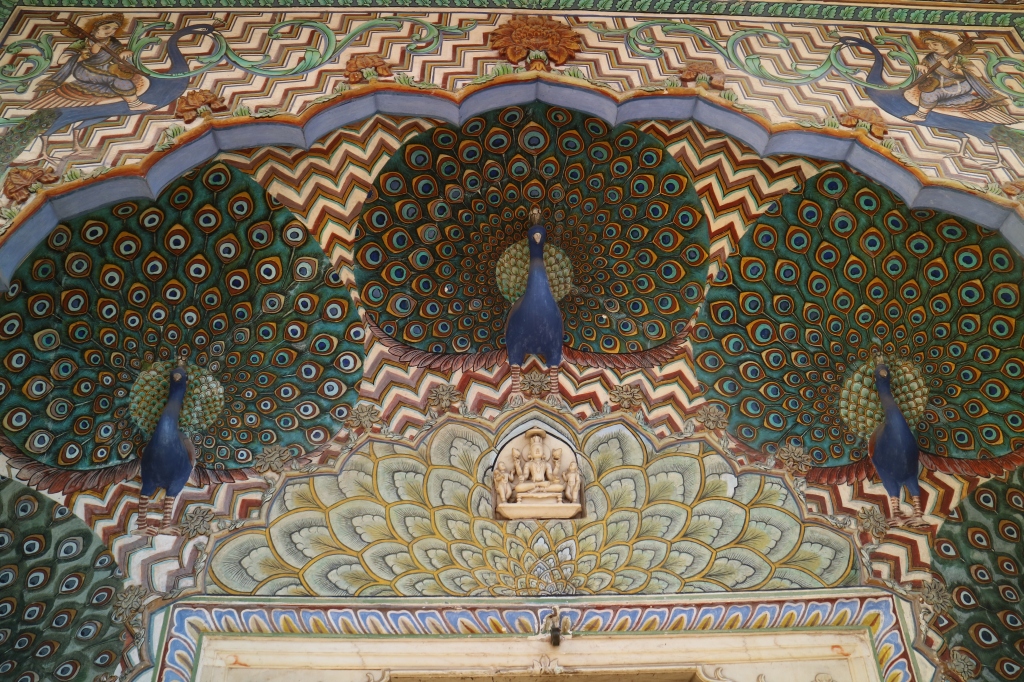 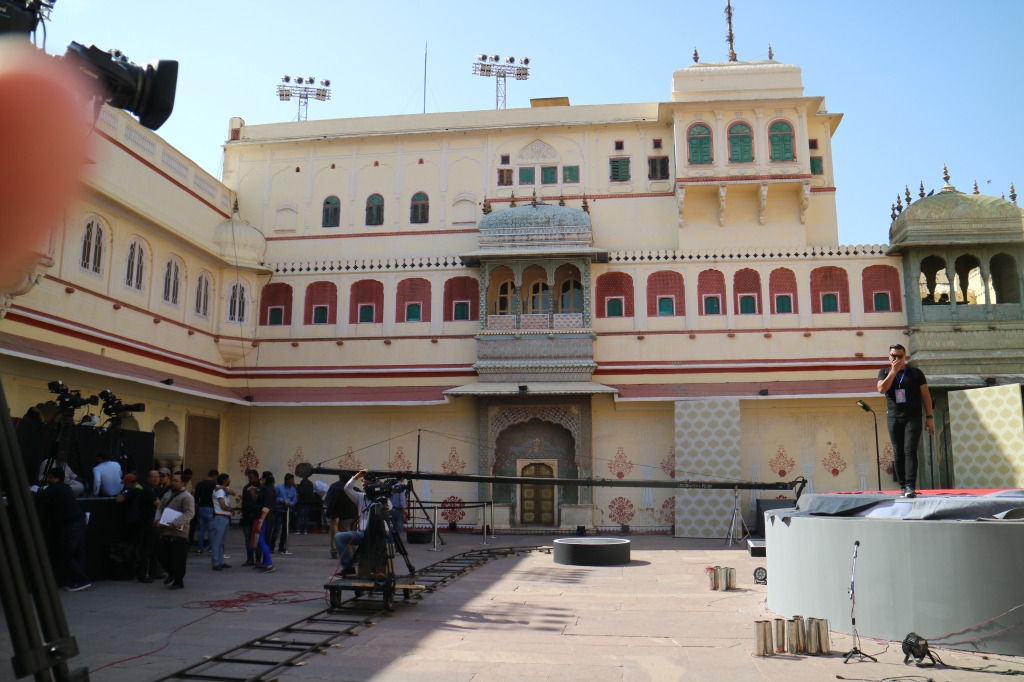 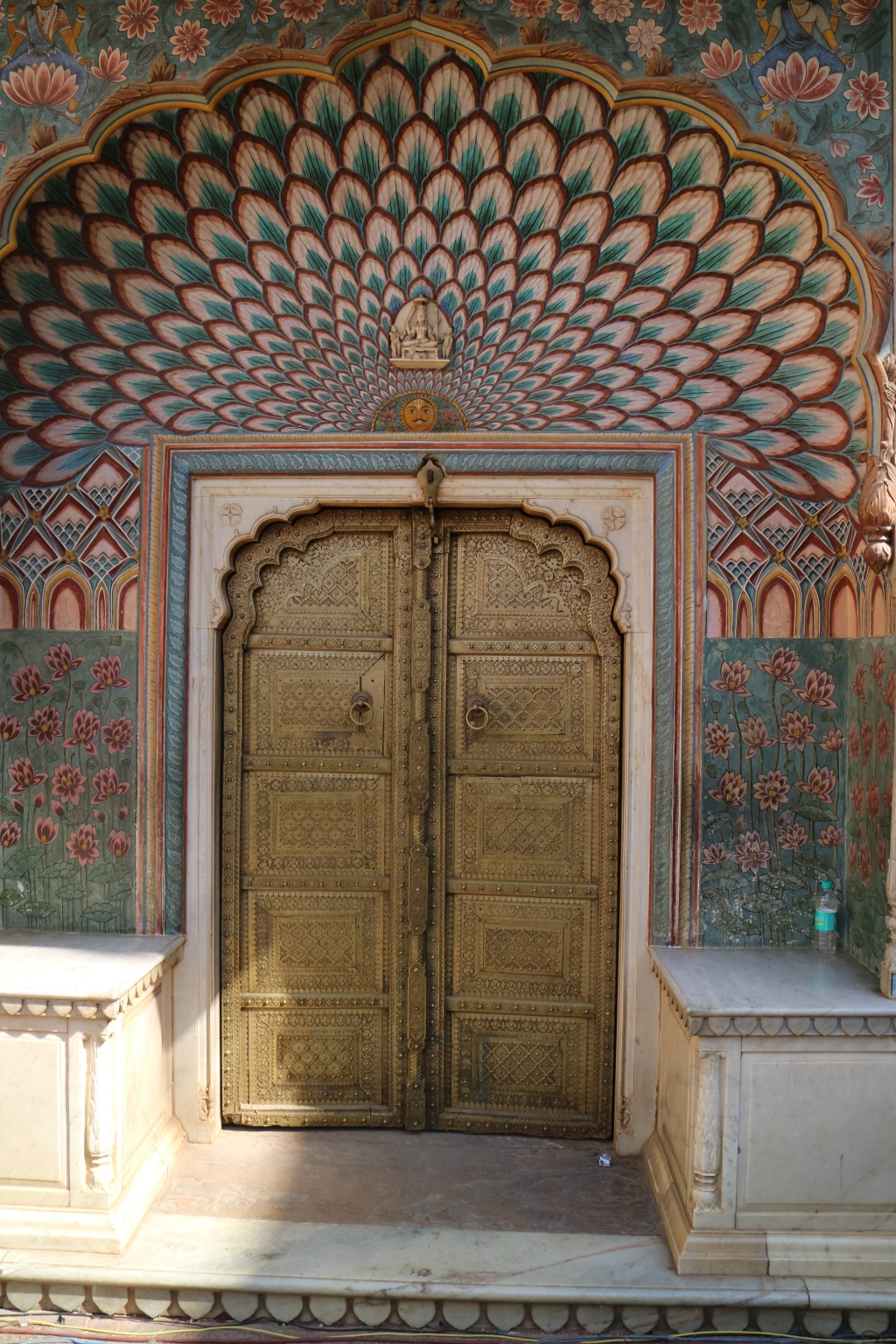 The Gangajali, the largest silver vessels in the world (there are two) – made from 14000 silver Jaipur State coins – estimated weight 345Kg each 5’3″ high and 14’10” around. Each holds about 900 gallons (4901 litres). The Maharaja Sawai Madho Singh II took these jars, filled with Ganges water (Gangajal) to England to attend the coronation of Edward VII in 1902. 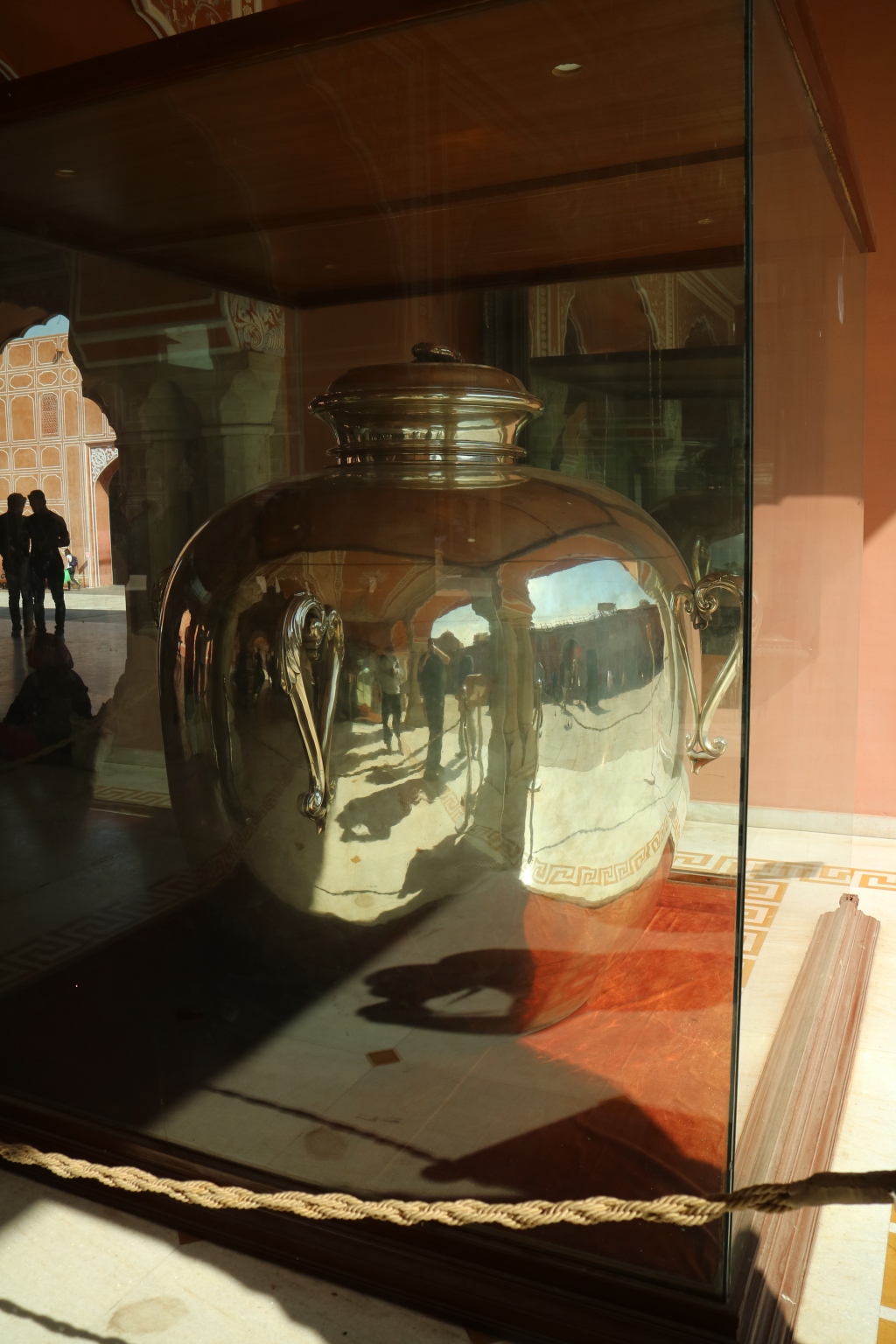 The Jantar Mantar – One of the largest astronomical observatories in the world from antiquity, with giant instruments dedicated to measuring the stars and planets. 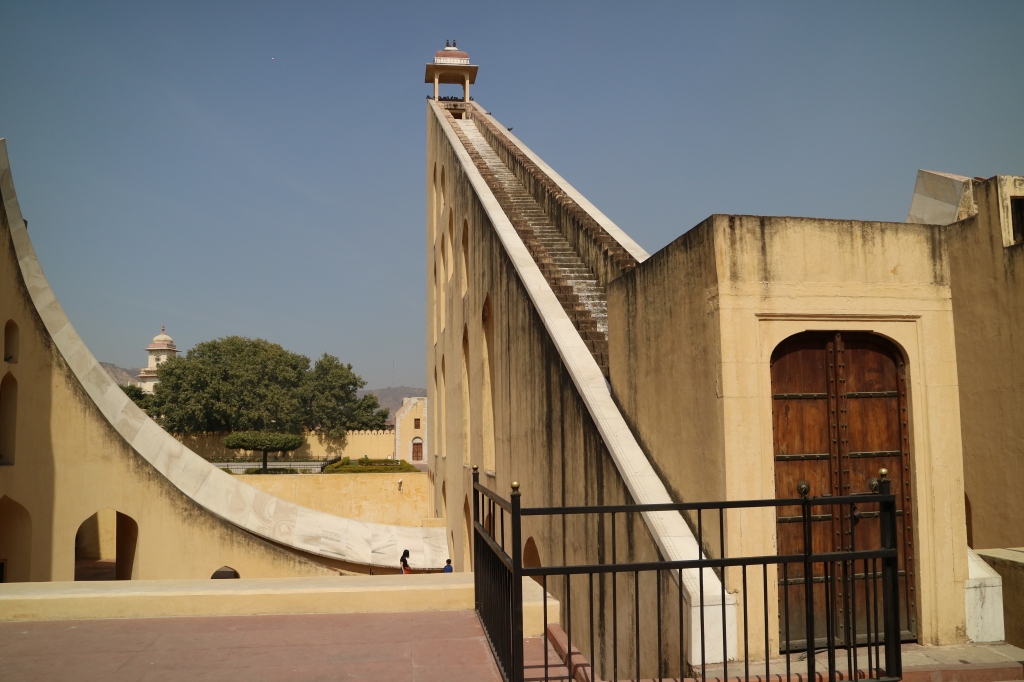 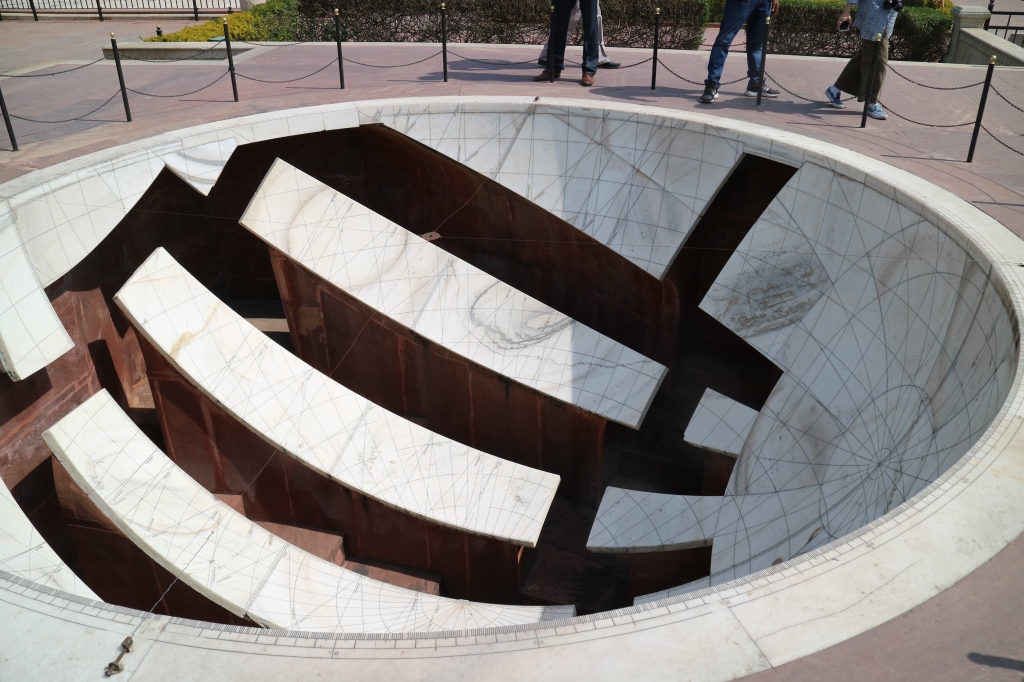 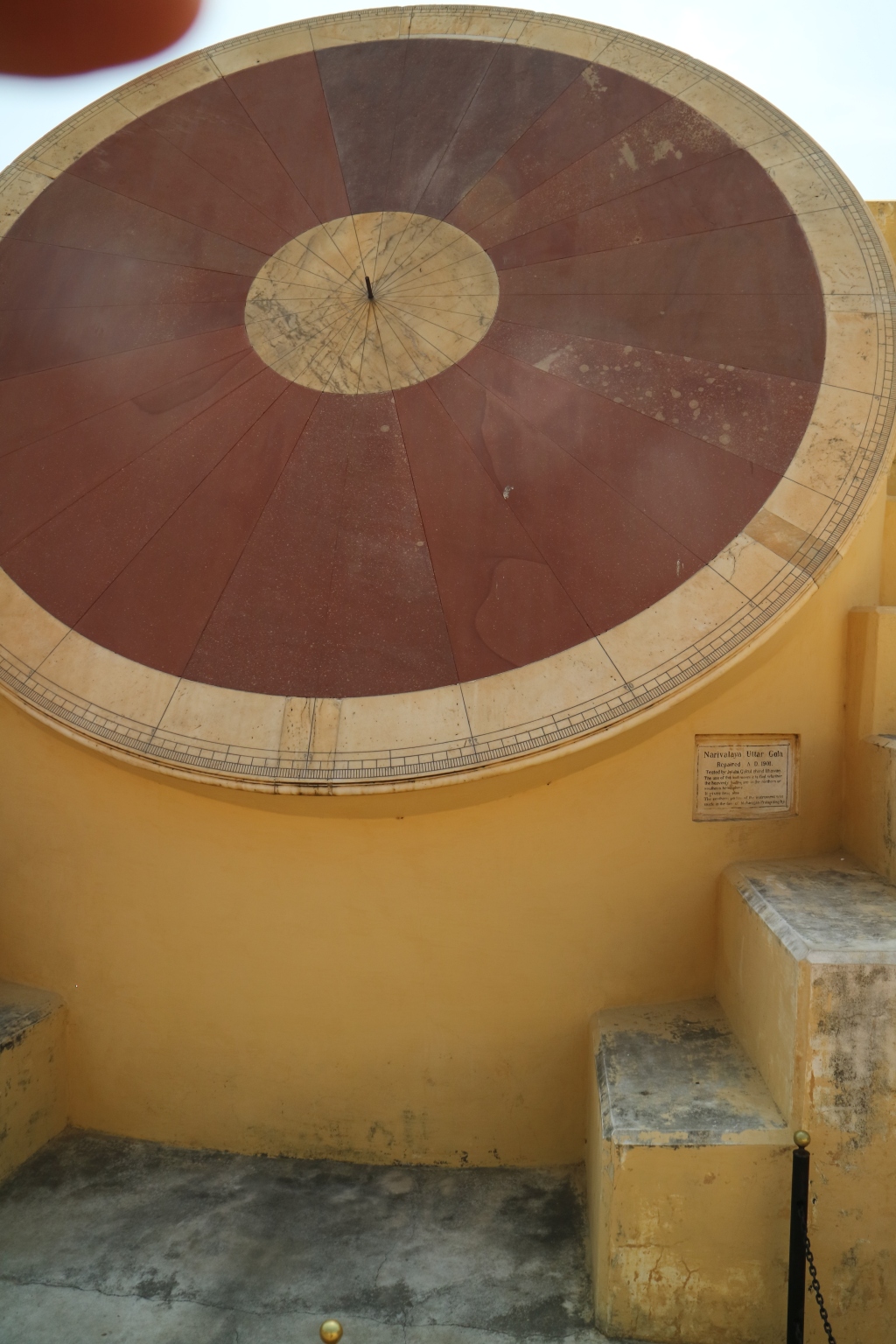 Near the outskirts of town – The Metro is elevated high above traffic outside of the downtown – and high enough to fly over the elevated expressways too. 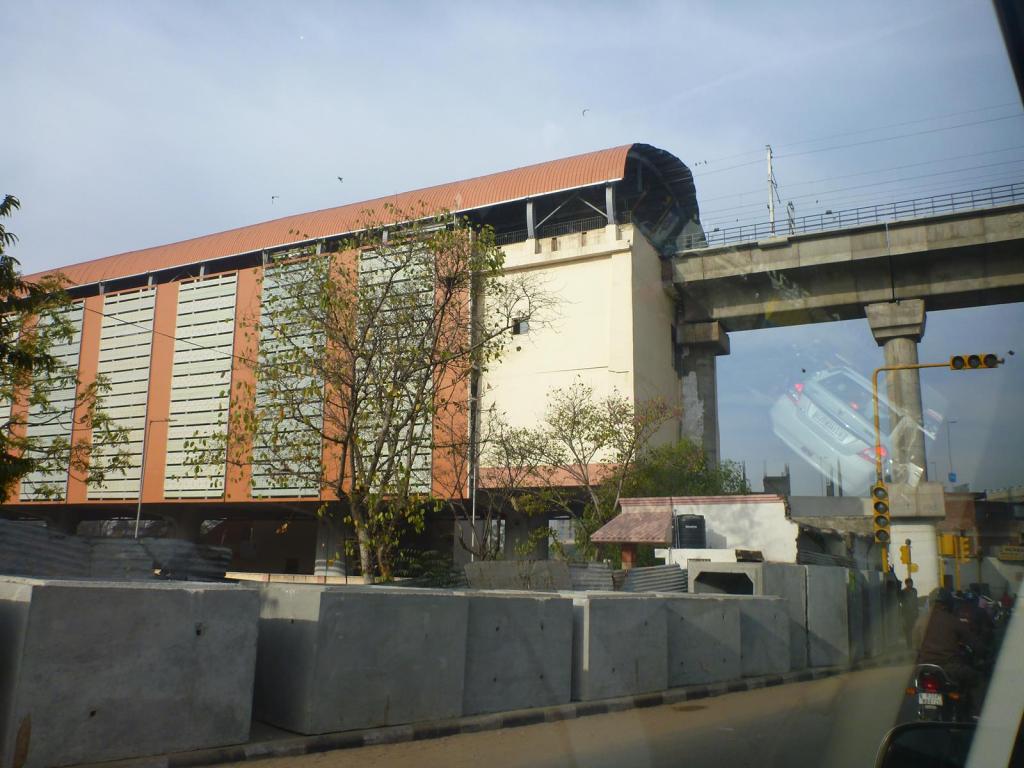 On the highway outside Jaipur – marble and marble-work is a main industry, but there are plenty of small businesses. 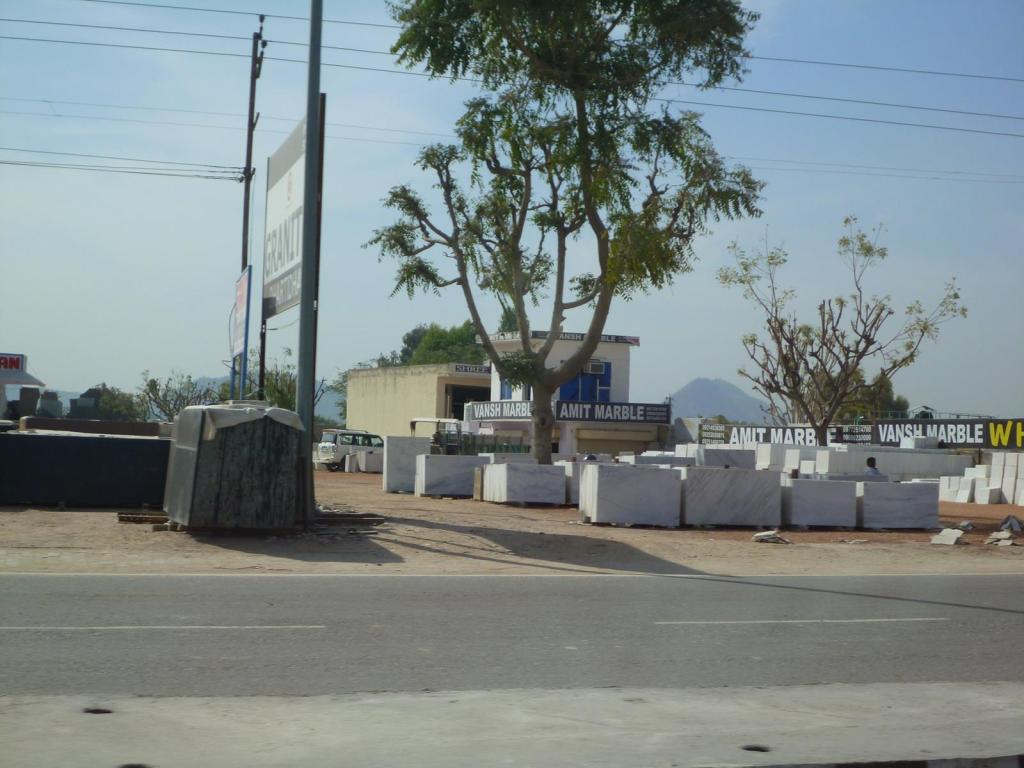