The “Little Taj” and Agra Fort 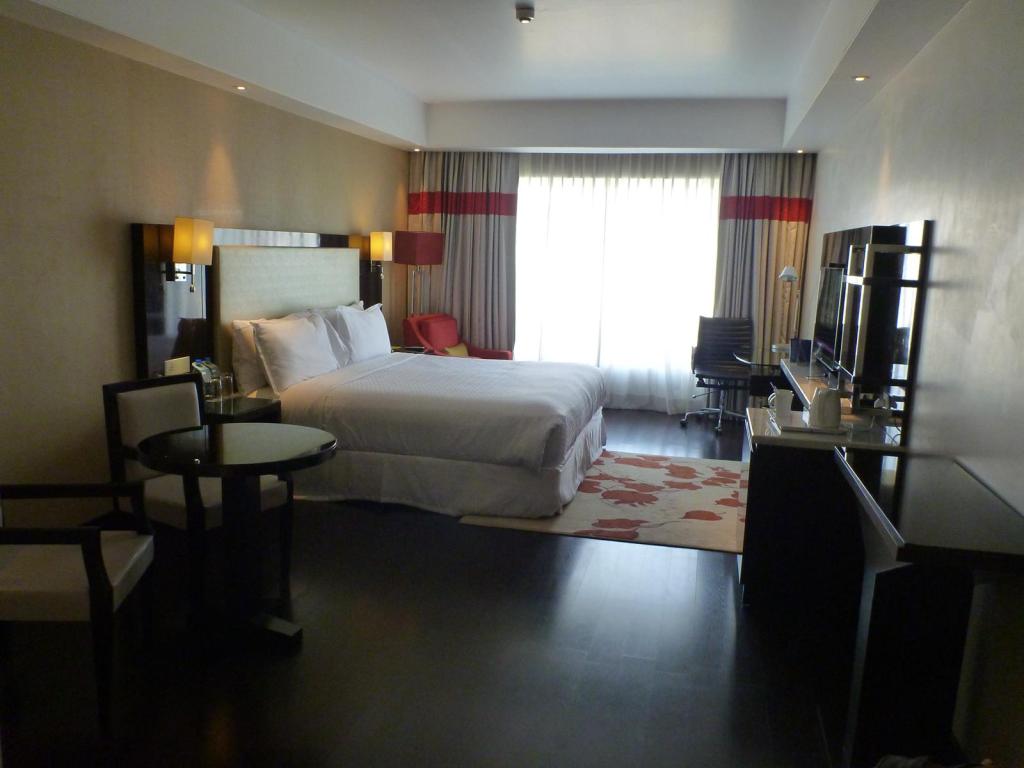 We stayed in Agra at the Four Points by Sheraton Agra – another 5-star accommodation. Very nice rooms.

This is the view from the rooftop Café looking over toward the Taj Mahal.

This is the Tomb of Itmad-ud-Daula, a white marble tomb of of a Moghul noble; it is sometimes called the “Baby Taj” because the pattern and construction material – white marble with inlays – was similar to the later Taj Mahal.  The grounds themselves and the long reflecting ponds are similar to the Taj Mahal and Humayun’s tomb complex – but not yet ready to re-fill with water.

The mausoleum was commissioned by Nūr Jahān, the wife of Jahangir, for her father Mirzā Ghiyās Beg, originally a Persian Amir in exile, who had been given the title of I’timād-ud-Daulah (pillar of the state). Mirzā Ghiyās Beg was also the grandfather of Mumtāz Mahāl (originally named Arjūmand Bāno, daughter of Asaf Khān), the wife of the emperor Shāh Jahān, responsible for the construction of the Tāj Mahal. 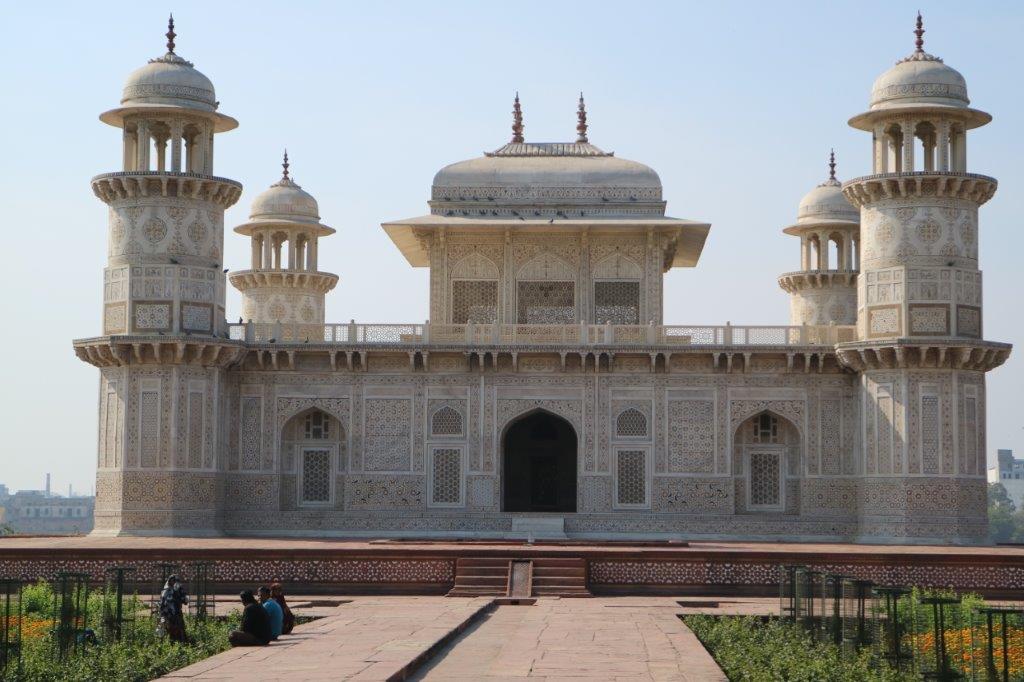 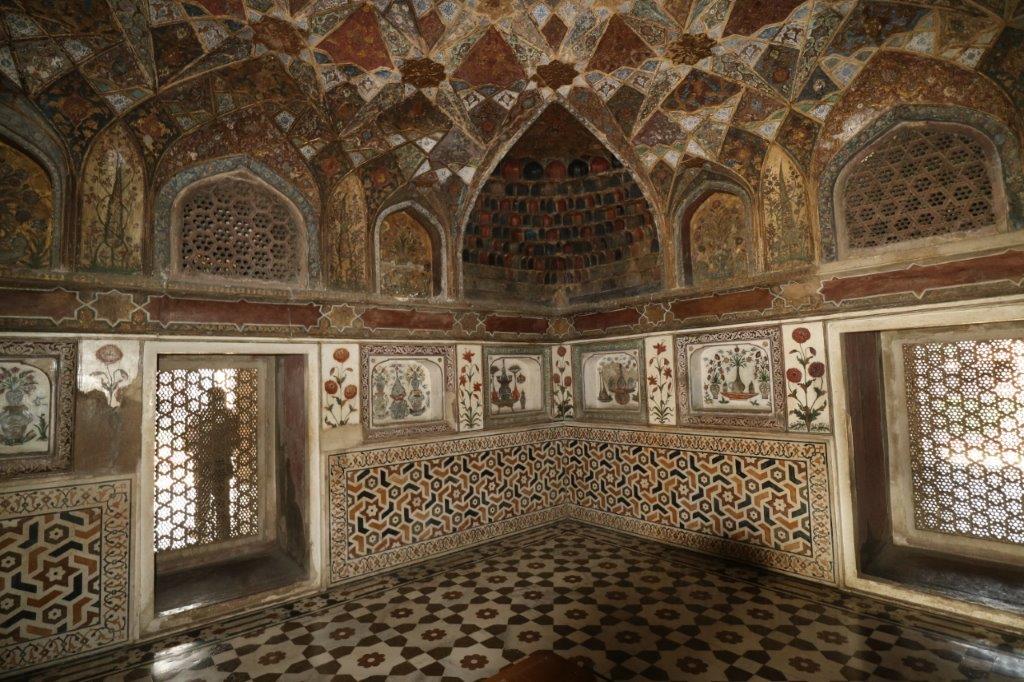 Just like the Taj Mahal, the false sarcophagus is on the elevated platform, while the actual grave is below.

This, like many ancient heritage sites, is seriously in need of restoration or at least, preservation.

The wine bottle motif figures prominently in the decorations – supposedly Nur’s father was a drunk and she supervised building this tomb, and wanted everyone to remember his weakness for wine.

For many years during the 1600’s, Agra was the center of the Moghul Empire; the fort was contained a palace complex where the emperor lived. 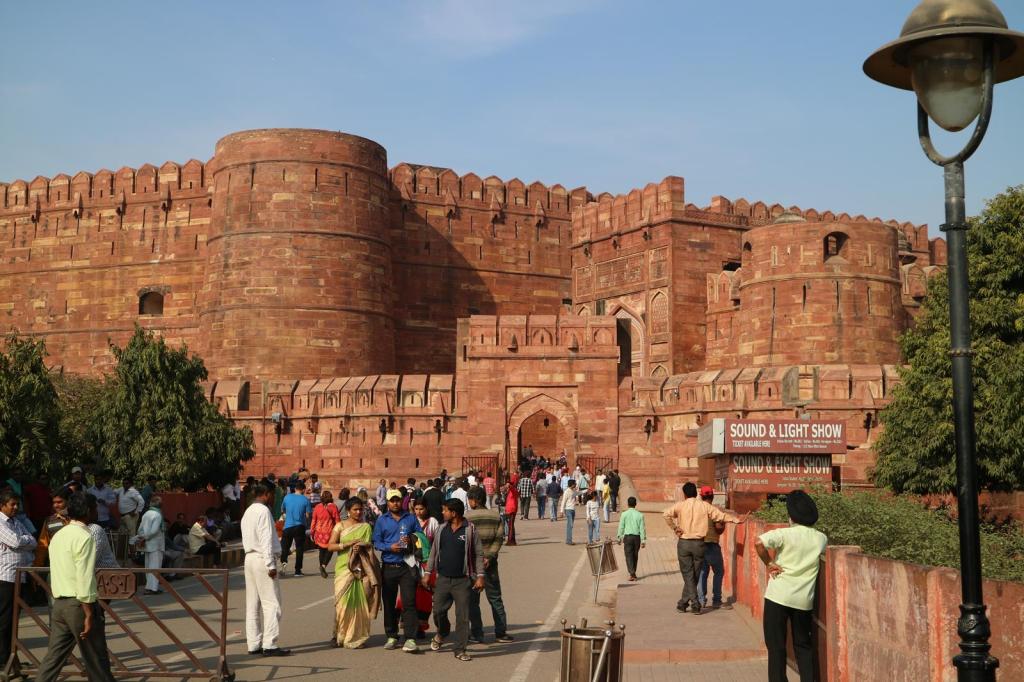 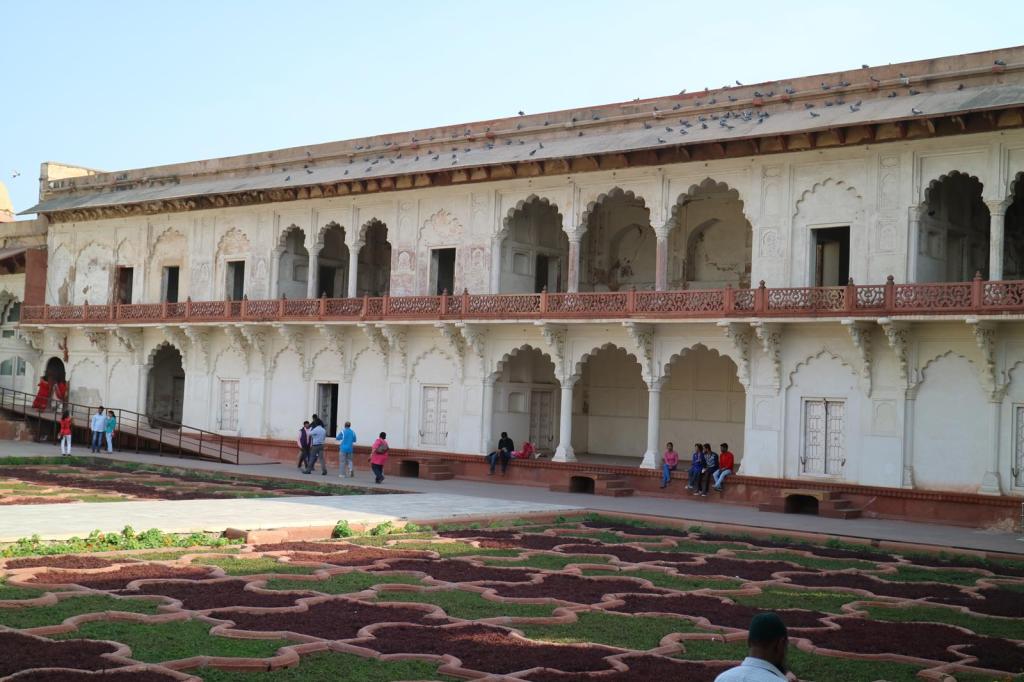 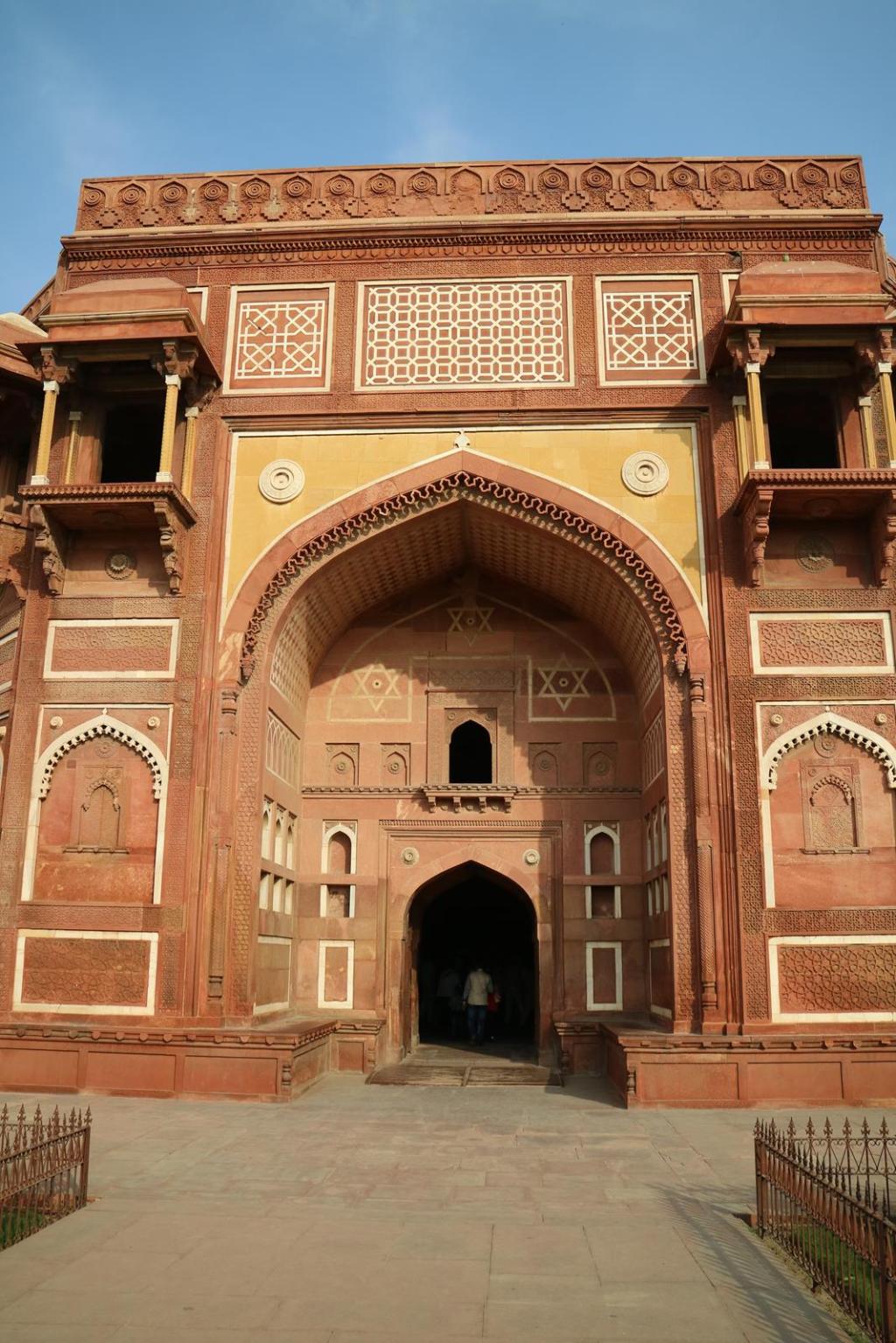 The hot tub of its day – the ladies of the harem inside the palace could idle away te day sitting in this luxurious bath, with specific seats carved around the edges.

The Taj Mahal was built by Shan Jahan, considered one of the greatest Mughal emperors, for his beloved wife. A while after he completed construction, he fell ill – so his sons fought amongst themselves over who would be emperor. His son Aurangzeb won and made himself Emperor. Shah Jahan recovered, but his son imprisoned him in a part of the old for. He lived under house arrest (palace arrest) in Agra Fort – with this view of the Taj Mahal, but unable to visit it. When he died, it was decided he would be entombed also in the Taj Mahal. 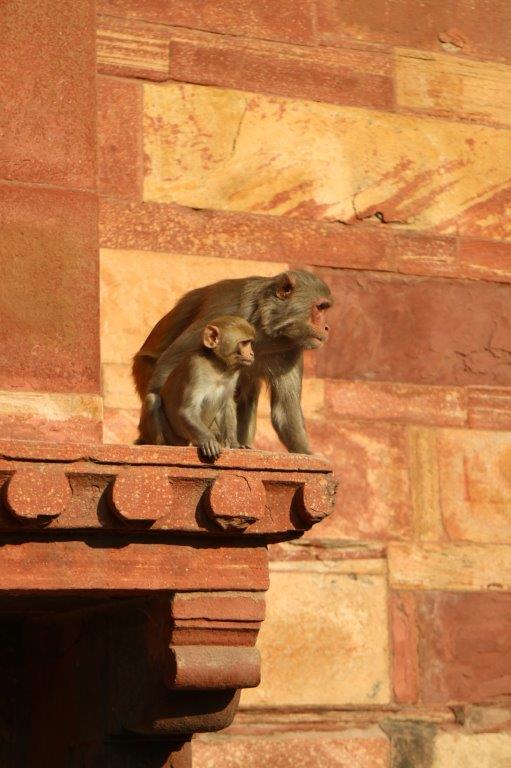